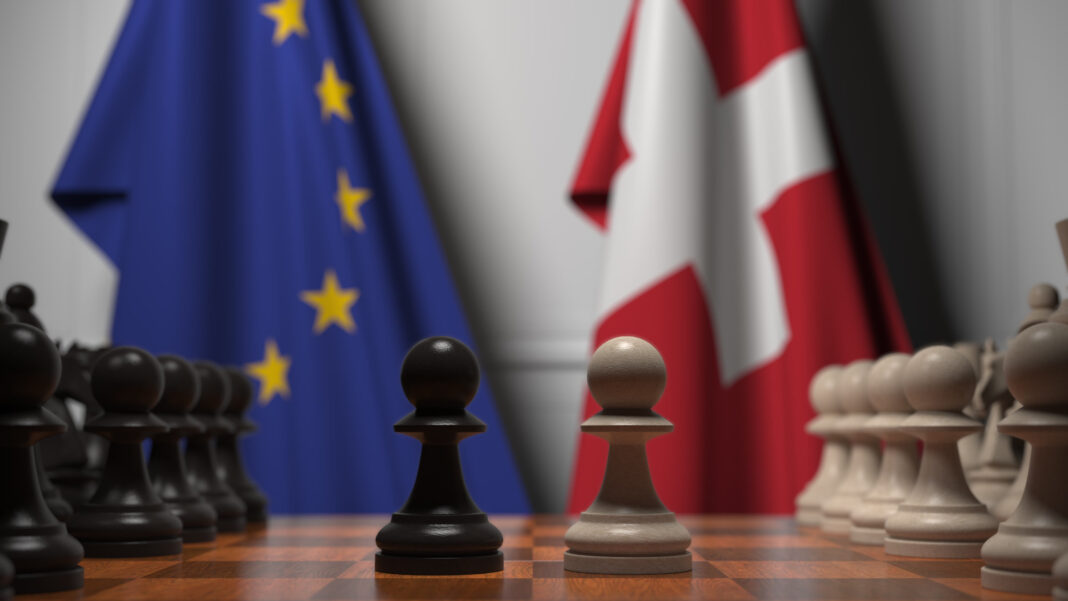 On May 15, 2022, the Swiss electorate voted for the adoption of the European Border and Coast Guard Regulation and repealing Regulations. This referendum was particularly significant because its rejection would lead to Switzerland’s withdrawal from the Schengen area. However, it was only the latest in a long list of EU-related referenda that, over time, have become the norm in the relationship between Bern and Brussels. To understand the development of their bilateral ties – and their complexity – it is necessary to retrace the history, outcome, and consequences of those past votes.

The origins of EU-Swiss relations date back to 1992, when the Swiss electorate rejected European Economic Area (EEA) membership with a 50.3% majority. Since then, Switzerland has relied on bilateral sectoral agreements to conduct its relationship with the Union. These agreements ensure that a major portion of EU law applies to the Alpine country. Moreover, they allow travelers to cross borders freely and EU workers to settle in Switzerland. In June 2005, the electorate and cantons voted in favor of becoming part of the Schengen area; with the agreement being implemented in December 2008.

Nevertheless, these achievements have been put to the test by past popular initiatives and referenda, which created severe tensions between the two sides. One of the most striking of these initiatives occurred in 2014, as a marginal majority of the Swiss electorate and cantons approved the “Against Mass Immigration” popular initiative demanding the establishment of immigration quotas. Such a system would have infringed upon the bilateral treaties with the EU and thus triggered the “guillotine clause,” whereby the cancellation of one agreement leads to the termination of all others. After extensive consultations between the two parties, the Swiss government backed down from its original referendum recommendations, instead settling for a “mild national preference” to enforce the initiative’s vision. This outcome was primarily owing to the EU’s persistent and astute negotiation strategy, which did not exclude the termination of all cooperation agreements between Switzerland and the EU.

Although the implementation of this popular initiative has not yet resulted in the rejection of the bilateral approach, relations between Bern and Brussels have since deteriorated. Moreover, it caused tensions in domestic politics: The right-wing populist Swiss People’s Party, which had launched the initiative, claimed that the initiative’s essence has not been implemented as envisioned. Therefore, the party soon organized another popular initiative, the so-called “For Moderate Immigration (Limitation Initiative),” seeking to withdraw from the Agreement on the Free Movement of Persons with the EU and forbid the conclusion of similar international agreements providing for freedom of movement. The initiative stipulated that, in case of a ‘Yes’ vote, the Federal Council would have to act on it within a year, trying to negotiate a solution with the EU and, if unsuccessful, unilaterally declaring the agreement void. However, in September 2020, the Swiss electorate and cantons strongly rejected this proposal by almost 62%. The initiative’s failure demonstrates that the Swiss electorate is trying to find a balance between greater integration with the EU and preservation of national sovereignty.

As it stands, migration policy remains the key area of contention between Bern and Brussels. Since the end of 2019, efforts to extend Frontex – the European Border and Coast Guard – have been underway. Both the Federal Council and Parliament have agreed to contribute to Frontex’s expansion. However, left- wing parties have collected over 50,000 signatures to fulfill the conditions for a referendum, a move that paved the way to a vote by the people and cantons. The organizers argued that by financially supporting Frontex, Switzerland would make itself equally responsible for the agency’s alleged human rights violations. Yet, when the Swiss electorate went to the polls on the 15th of May 2022, to express its opinion on the adoption of the European Border and Coast Guard Regulation and repealing Regulations, an overwhelming 71.5% voted in favor. The result was significant because the consequences of a rejection would have been severe: Switzerland would have left the Schengen area automatically, causing further strains in its relations with the EU.

In this context, it is interesting how this time, the Swiss People’s Party decided not to support the referendum. While it opposes the automatic adoption of the amended EU Border and Coast Guard Regulation, the party has agreed to vote in favor of the implementation of the revised regulation – despite their past claims that both Frontex and the Schengen agreement are ineffective and that the increasing deployment of Swiss personnel to the EU’s agency deprives Switzerland of the services of these professionals. In this case, the Swiss People’s Party declared that Frontex was vital in solving certain issues, such as the handling of illegal migration to Europe and assistance in case of a potential new wave of refugees. Therefore, the party that is usually most vocal against EU-Swiss agreements was barely active in this particular referendum’s campaign.

As evidenced by this historical account, Bern and Brussels are complicated bedfellows. In the foreseeable future, the situation is unlikely to change drastically. Switzerland will not join the EU anytime soon, yet the EU will remain Switzerland’s biggest trading partner, as the latter is highly interested in pursuing economic cooperation. Last year, Switzerland abandoned the last bilateral negotiations that aimed to form a Swiss-EU institutional framework agreement. The Federal Council decided not to sign the agreement because it could not achieve consensus on the questions of wage protection, state aid restrictions, and EU nationals working in Switzerland having the ability to claim Swiss social security.

Currently, there are very few, if any, serious debates about Swiss foreign policy vis-à-vis the EU. The Swiss People’s Party, still the largest party in the country, dominates the EU discourse through popular initiatives targeting foreigners and seeking more “independence” from Brussels. Nonetheless, the outcomes of previous initiatives and referenda suggest that such a debate is necessary to conduct a consistent foreign policy toward what remains a crucial partner for Switzerland – not least because it surrounds the Swiss nation on every side.