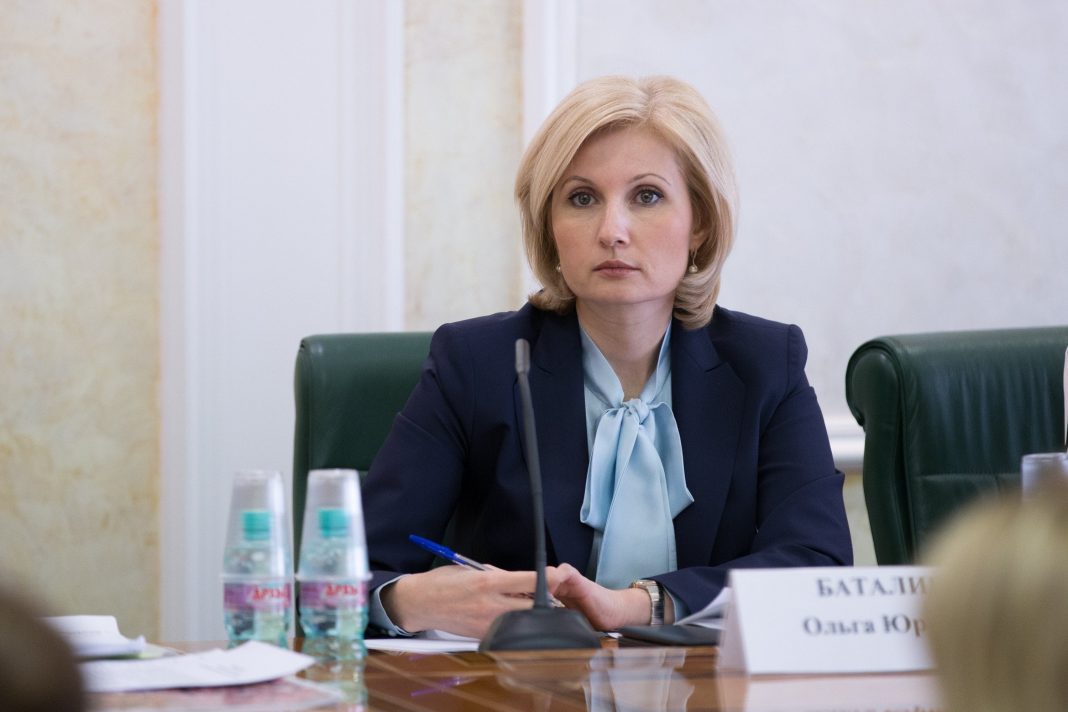 A century ago, after revolutions which toppled the Tsar, Russia became one of the first countries to grant women the right to vote. International Women’s Day was declared a national holiday that same year.  A 1932 poster commemorating the day proclaimed, “March 8: A day of rebellion by working women against kitchen slavery. Down with the oppression and vacuity of household work!”

Yet today, powerful women like Senator Yelena Mizulina, have become the voices of a conservative tide which is sweeping back women’s rights in a country that was once a trailblazer for women’s emancipation.

“We [women] do not take offense when a man beats his wife; on the other hand, there is nothing so offensive as when a woman insults or humiliates a man,” Mizulina stated without irony in a 2016 press conference.

Her statements echo Putin’s plans to revive Russia’s imperial, patriarchal past, and place the history of Russian feminism at the centre of the country’s unfolding identity crisis.

One hundred years ago, the early Soviet Era, from 1918-1922, ushered in a series of legal gains for women, including women’s equality before the law, the easing of divorce procedures for both men and women; and the legalisation of abortion.

Bolshevik doctrine also espoused women’s equality in the workforce. Women were employed in diverse fields, including as scientists, doctors, soldiers, engineers and managers. Women’s literacy and access to education improved drastically. While 1897 census data indicate that only 13 percent of women across the Russian Empire were literate (compared to a total literacy rate of 28.4 percent), this rate rose under the Soviets to 65 percent in 1937 (total: 75 percent), and above 99 percent by the 1970s (total: 99.7 percent).

Early propaganda campaigns took on the mantle of women’s emancipation, discouraging domestic violence, workplace harassment and domestic servitude. Conservative Russian society did not fully internalise the liberalization of the family structure, however, and in 1936, Stalin walked back many progressive reforms, restricting divorce filings, banning abortion, and providing financial incentives for childbearing which reinforced the domestic role of women. Revolutionary Bolshevism had failed to penetrate entrenched gender roles in the home. Ultimately, the ‘emancipated’ Soviet woman was saddled with both a career and full domestic responsibility.

Beneath the banner of liberation, the woman’s role in the family expanded significantly in the Soviet Era, without any significant burden-sharing by her male counterpart. Meanwhile, women had little recourse against widespread domestic violence –  behaviour often justified by the expression: “If he beats you, it means he loves you.” This sheds light on the mindset of the women who support today’s conservative movement to restore “traditional” gender roles.  These women take domestic violence as a given, yet also see women’s emancipation as a zero-sum game. Embracing traditional values excuses women from the workforce, reducing their expected contribution solely to the domestic sphere, while little else is perceived to change.

Perhaps the vastness of the domestic violence problem explains why conservatives like Mizulina view it as a natural occurrence. A study by domesticviolence.ru suggests that over 16 million women are victims of domestic violence in Russia each year. Russia’s interior ministry has estimated that approximately 14,000 women die annually as a result of domestic violence.

Yet despite these tragic figures, Mizulina and other female conservatives like MP Olga Batalina have been instrumental in decriminalizing domestic violence. In 2017, Mizulina spearheaded legislation which reclassified domestic violence (so long as it does not result in broken bones) from a criminal offence, with a two-year maximum jail sentence, to an “administrative offence,” with a 15-day maximum sentence, stating, “you don’t want people to be imprisoned for two years and labelled a criminal for the rest of their lives for a slap.”

Female social conservatives like Mizulina and Batalina have found an ally in Vladimir Putin. His reconstruction of the Russian narrative embraces the “traditional values” these conservatives espouse, calling upon the patriotism and grandeur of the country’s imperial history.

In a recent unveiling of a statue of Tsar Alexander III, Putin proclaimed that, “it is crucial for a great nation to preserve its identity, whereas any movement forward is impossible without respect for one’s own history, culture and spiritual values.”

Sadly, for Putin and Mizulina’s narrative to move forward, it seems that the legal status of women must travel back 100 years in Russia’s history.