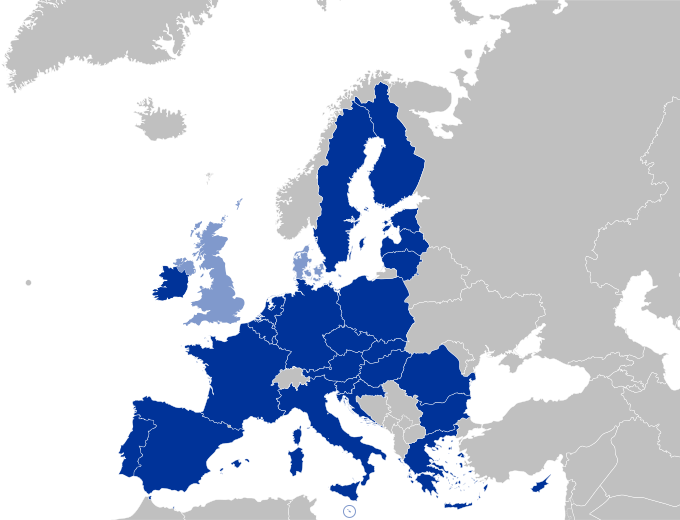 Two years after the EU rolled out its new global strategy and security policy as a reaction to the Brexit referendum, Germany and France still struggle to find compromises on a number of crucial issues.

Even though Great Britain’s triggering of Article 50 TEU was the main topic on the agenda, the overall goal of the “EU Global Strategy for Foreign and Security Policy” was to set out a coherent framework for the EU’s relations with the outside world.

This led to both a new level of cooperation with NATO on meeting different “hybrid” threats, as well as plans for new steps in security and defence cooperation within the EU.

This notwithstanding, the EU remained a marginal player on wider security issues. The Minsk process, intended to deal with Russia’s aggression against Ukraine, continued to be run by Germany and France, but in substance went nowhere. EU sanctions on Russia have accordingly been extended. Equally, the EU’s failure to position itself in the Syrian conflict has left the negotiating role to Russia, Turkey and Iran.

The common approach seems to work in theory, but the practical application proves to be difficult.

The EU’s most influential states, France and Germany, seem to disagree on crucial matters of the security policy of the European Union. As it stands, Germany is hesitant about French President Emmanuel Macron’s ideas on a Eurozone reform.

As for defence, things seem to be getting worse. France, being a nuclear-armed permanent member of the UN Security Council, seems to feel a greater responsibility for global security. Germany on the other hand does not aim to initiate international military operations.

As a result, Berlin seems to be more reluctant than Paris when it comes to the deployment of robust military force.

Instead of providing the engine for EU defence, the Franco-German couple is struggling to find the necessary compromises that would allow them to move forward and have other Europeans follow. This is a fundamental risk. European defence will only take off if France and Germany agree on the next steps and push them forward.

Paris and Berlin are the indispensable leaders of, and the backbone for, European defence. Beyond political gravitas, they represent about 50 percent of military and industrial capabilities within the post-Brexit EU, and about 40 percent of those in wider Europe.

If Berlin and Paris do not agree on the direction of European defence, 50 percent of Europe’s political, military, and industrial energy will go in different directions. Failing to find a compromise not only affects France and Germany, it endangers European defence as a whole.

Over the past years, the European Union has struggled with how best to address significant changes in Europe’s security environment. The most prominent concerns relate to the ongoing conflict in Ukraine, a more militarily assertive Russia, and increased terrorist activity in Europe linked to the rise of the Islamic State organisation and its ability to attract European citizens and residents to its cause.

Such issues have challenged the EU’s ability to forge common foreign and security policies, often complicated by the need to reach consensus among all member states, and to further integrate in the area of Justice and Home Affairs.

The heightened terrorist threat also poses risks to free movement within the Schengen area. The price to be paid for security is high if it means giving up freedoms that have been fought for for decades.

If the fragmentation in European defence increases, the EU will struggle to improve its military capacity to act.

There has been important momentum in European defence. Considering that the EU was initially not designed to act jointly in order to tackle security issues, the close cooperation which began with the Permanent Structured Cooperation (PESCO) and the European Defence Fund can be regarded as a positive step towards overcoming new obstacles. Time will tell whether the financing of joint research and procurement as well as the enthusiastic rhetoric will lead to actual results.

Several agreed-upon projects, such as the creation of fight jets, are likely to shape the face of European defence more significantly than PESCO, France’s European Intervention Initiative, or other currently resurfacing initiatives, like the Northern Group. This is, however, given that they will be a success.

But what is needed now, aside from a general change in thinking all over Europe, is a common direction of the EU’s most influential states.  The agreement on the paper between Germany and France will no longer be enough. The two states have to actively ensure that their different strategic cultures will not hinder the progress and effectiveness of their proposals.