Home European Affairs Maritime Crossroads: The Re-emergence of the Mediterranean as a Potential Source of... 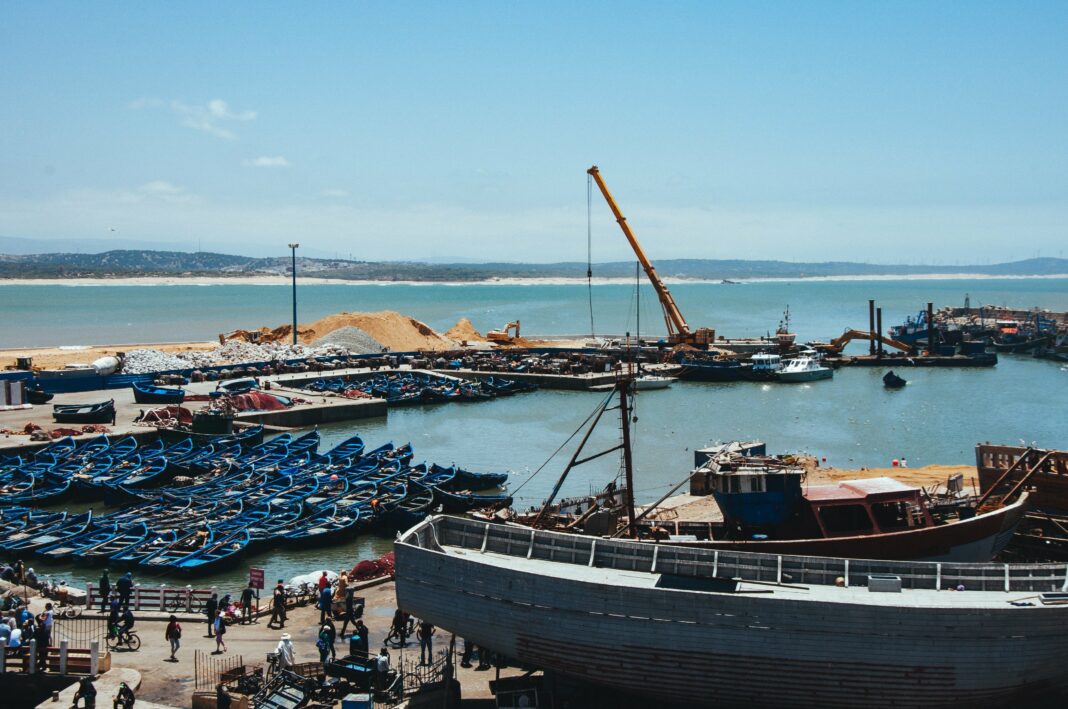 After thirty years of marginalisation following the end of the Cold War, the Mediterranean is now experiencing a season of profound internal restructuring that reaffirms its geopolitical centrality. First and foremost is its geographical location at the intersection of the European, African, and Asian continents, which makes it a privileged region and, thus, an essential connector for global trade. The pandemic has redefined general trade trends, accelerating the shift towards shorter supply chains. Just-in-time, production with global suppliers has been partially replaced by focusing on shorter regional value chains closer to consumer markets. Reshoring and near-shoring bring the Mediterranean route to the forefront within a changing transportation system: container carriers used for long-haul routes are being replaced by roll-on roll-off ships, sailing more quickly in the narrow Mediterranean basin. These developments are part of a paradigm shift. Goods and semi-finished products used to be supplied very rapidly, while today, warehouses are necessary for securing supply. Hence, logistics and economic assessments reflect a global economic system that is shortening and shrinking. Being near the big markets – America, Europe, and China – becomes vital for smooth and safe supply.

But integration also means energy, especially in these difficult times for European energy supplies. EU countries, as highlighted in the REPowerEU strategy, are trying to diversify their natural gas supplies and, to this end, agreements have been concluded with Algeria, Israel, and Egypt. In this new perspective, energy and logistics find the perfect synthesis in the role of the seas as generators, storers and suppliers of materials and energy. Mediterranean ports as energy hubs have become strategically relevant for Europe in facing the shift of the world economy. Energy pipelines arrive in the vicinity of ports, energy companies spring up near port areas, and it is thanks to ports that energy production can take place. Ports, in fact, are hubs to produce renewable sources and to convert alternative sources, such as hydrogen, into sustainable chemical building blocks. For this reason, the European face of the new global economy is embodied by the possibility of ports becoming both energy producers and storage facilities. Hence, the southern Mediterranean rediscovers the necessity for Euro-Mediterranean partnerships, which, in a new infrastructural dialogue revolving around the provision of technology, manufacturing and engineering, can aim at energy diversification and independence.

Many companies are progressively reducing part of their production in Asia and transferring it to industrial areas in the Mediterranean region to reduce the risk of future global shocks. However, supply chains are difficult to create and relocate and to be efficient, they also require good infrastructure. This is the reason why historically the Middle East and North Africa (MENA) region, because of its poor infrastructure connectivity, has had a low participation rate in global value chains. Against this general backdrop, Southern Mediterranean countries have recently started to heavily invest in connectivity projects, from rail links to maritime infrastructure. The Tangier-Med project, for example, has become the flagship of the Moroccan government and a model for countries in the region. With an investment of 30% of Moroccan GDP, Tangier-Med is connected to 186 other ports worldwide and is an industrial hub for 900 companies, including Peugeot SA and Siemens. Accordingly, the last few years have seen Mediterranean ports improving their efficiency and attractiveness, with an average growth of 3.6% per year, while the gap with Northern European ports is steadily decreasing.

But the Mediterranean is also crucial for Russia, which, because it is a predominantly land-based power, covets its access as part of its strategic vision to join the great game being played in the seas between the US and China. Accordingly, Russia has returned to the Levant, first by supporting the Syrian Assad regime and then by invading the south-eastern part of Ukraine to secure through the Sea of Azov, passage through the Bosporus and from there access to the Mediterranean, and consequently the possibility of reaching the Indian Ocean and the South China Sea, an international maritime chessboard.

Thus, the Mediterranean has played a significant role in both the ongoing Russo-Ukrainian war and the resulting energy crisis in Europe As a result, rethinking Europe’s energy security has become an existential task and has incentivized the creation of a future strategy around the diversification of resources and routes. Within this new strategic framework, there is a new project that is being co-financed by the European Commission. As part of this project, the European Commission aims to exploit the new Levant fields as a supply of gas for Europe through an entirely new route that would pass through Crete, mainland Greece and finally, Italy. However, it is also true that the project has not taken off yet because of tensions in the area between Cyprus and Greece. Here, European and Mediterranean cooperation is crucial to overcome the difficulties and unlock a supply corridor that today would supply gas but could also be used for renewable energy.

As the European strategy aims at ensuring security and independence of supply, the replacement of Russian gas should include the diversification of projects, export modes, routes, and suppliers. In this light, part of the Levantine gas destined for Egypt could be liquefied quickly through Egyptian plants and carried through the Mediterranean Sea to Italy as continental Europe’s energy hub. In this case, since Egypt is a non-European partner and a prominent regional actor, long-term contracts would be necessary to overcome the otherwise transit of gas to the highest bidder.

Energy from the sea can also contribute to sustainable mobility on land. The European energy policies of the Green New Deal and REPowerEU were already aimed at increasing the use of natural gas to incentivize progressive decarbonization. However, the war in Ukraine has accelerated the necessity for transition. Currently, European renewable energy production is insufficient to make up for Russian gas. Therefore, imports become crucial. Again, the northern coasts of the South Mediterranean Sea offer another excellent opportunity for energy supply. Electricity from Northern Africa can be transformed into synthesised gas and transported to Europe through existing pipelines. At this point, it has become clear that economic partnership within a new Mediterranean dialogue on energy transition, security, and diversification is essential to achieve European goals in the absence of the historic Russian partnership.

The shrinking of the global economy thus becomes an opportunity for the Mediterranean Sea for several reasons. For littoral countries, the Mediterranean can redesign the regional economy in a new and sustainable way and create a greater sense of security that can address the energy challenges of the current war and its future developments. The geographical position of the Mediterranean, in conjunction with the maritime networks that historically arose and were consolidated along its coasts, provides Europe with a multitude of suppliers and creates the forum for an economic Mediterranean dialogue that, through diversification, can guarantee stability and development.

Photo Credit to Ma He, Unsplash