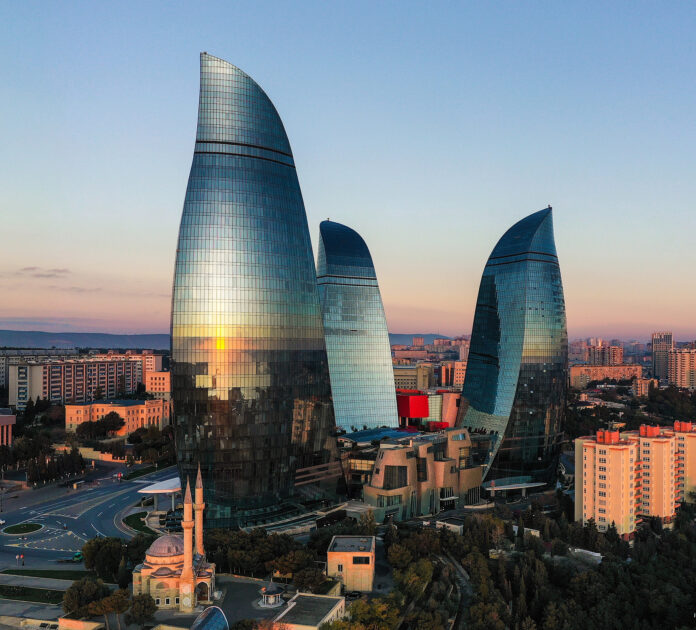 With the world’s preoccupation with COVID-19 and the subsequent economic and social crises, few people could have been prepared for one of the bloodiest wars in the region of Caucasus. The 30-year long dispute over Nagorno-Karabakh (NKAO), one of the most significant pearls in the region’s treasury, opened up Pandora’s Box, releasing decades of bottled-up hatred between the Republic of Azerbaijan and Armenia. In two months, the world has witnessed not only the most extensive military clash in the region in recent decades but also one of the most vicious media wars in history.

Nagorno-Karabakh is a landlocked territory in the South of Caucasus, which from the start of the conflict in the late 1980s has been internationally recognized as part of Azerbaijan. During the Soviet rule, the region was an autonomous oblast within Azerbaijan, where the number of Armenian nationals outnumbered the Azerbaijanis. The instability caused by the collapse of the Soviet Union flared up the separatist movements in the region and resulted in the first war over Nagorno-Karabakh. The Armenians based their claims on the principle of self-determination. Yet self-determination cannot be interpreted as a right of secession, as it violates the universally accepted norm of states’ territorial integrity. As a result of the ensuing war, a self-declared separatist government without any legislative basis governed the region. Over the course of that war, Azerbaijan lost over 20% of its territory; in return, Azerbaijan gained over 600,000 refugees. The Republic of Azerbaijan called for immediate action from the United Nations, which subsequently adopted five resolutions (822, 853, 874, 884, 62/243) in 1993. Despite Azerbaijan’s legal right to these territories, the involvement of the UN Security Council via resolutions, and the establishment of the OSCE Minsk Group to resolve the dispute peacefully, the conflict remained frozen, becoming the Gordian knot of the South Caucasus.

The popular media tends to portray Azerbaijan as the aggressor with the support of Turkey and the Russian Federation. However, in July 2020, Armenia started the conflict with a deliberate attack on the Azerbaijani city of Tovuz, leading to the death of civilians and significant damage to the city infrastructure. The Armenian side claimed the reason for the attack was that two Azerbaijani servicemen tried to cross the Armenian border to commit military sabotage. The statement lacks both evidence and political foresight, as two soldiers crossing a border hardly can be considered an invasion.

The Armenian government has been accused of continuously making provocations during the peace talks between two states. On the eve of the official meeting of the Armenian and Azerbaijani foreign ministers in December 2019 in Bratislava, the Armenian Prime Minister Nikol Pashinyan visited NKAO, to meet its separatist government. On 28-30 January 2020, he met with the separatist government again during the negotiation process between Azerbaijani and Armenian foreign ministers in Geneva. Moreover, on 29 March, Defense Minister David Tonoyan, addressing a group of local Armenians in New York, admitted: “as minister of defense, I declare that the formula territories for peace will no longer exist, and we will reformulate it as new war-new territories regarding the policy to NKAO conflict resolution.” In May 2020, Pashinyan traveled to the occupied city of Shusha to participate in the illegal inauguration of the NKAO’s president. Such openly provocative actions have significantly undermined the peaceful nature of the negotiations held between Armenia and Azerbaijan and they have exacerbated the tensions between the two states.

Pashinyan’s actions arose from his desire to distract his population from domestic issues, similar to his actions after Shusha’s liberation by the Azerbaijani forces on 7 November 2020, when he hid this fact from his own nation. In 2018, right after his election, Pashinyan had generally achieved his goals of improving the state of the economy, raising the annual GDP growth from 5.2% to 7.6% in 2019. However, the situation significantly worsened due to COVID-19, making the Armenian national currency (Dram) plunge. Starting in March 2020, the economic growth was negative, while the COVID-19 death rate was among the highest in Europe and Central Asia. These circumstances create suspicions that Pashinyan added fuel to the existing conflict to regain popularity.

During the Munich Security Conference in February 2020, Pashinyan stated that the collapse of the USSR meant the automatic annulment of all agreements signed by the Soviet Union – in essence, depriving the Republic of Azerbaijan of the right to the territory of NKAO. However, international law and the international legal doctrine of uti possidetis juris provide that newly formed sovereign states have a legal right to retain their internal borders. Thus, in 1991 the newly independent Republic of Azerbaijan was to keep Nagorno-Karabakh within its borders. Hence, the statement made by the Armenian leader during the conference raises the question: is the Armenian Prime Minister interested in reaching a peaceful resolution of the Nagorno-Karabakh conflict, or do 30 years of peace talks mean nothing?

All the aforementioned factors, such as the false accusations of Azerbaijan in military sabotage in July 2020, Armenia’s deliberate verbal and non-verbal provocations against Azerbaijan throughout the whole long-lasting peace process, Pashinyan’s decision to put all the blame for his domestic failures on Azerbaijan to create a rally ‘round the flag effect, as well as his public indifference to the resolution of the conflict over Nagorno-Karabakh, has led to one of the bloodiest wars in the history of South Caucasus. The Republic of Azerbaijan maintained 30 years of peace, with significant attempts to resolve the territorial dispute that has been poisoning the relationship between it and Armenia. However, after losing over 3,000 military personnel due to the Armenian provocations on the border between two states throughout 30 years of ‘peace talks,’ Azerbaijani anger has been roused to a boiling point of resentment, spilling over into the recent war. Therefore, one should always remember – the resolution of such severe conflicts is a two-way street, which requires the political will and interest of both states to resolve it once and forever. 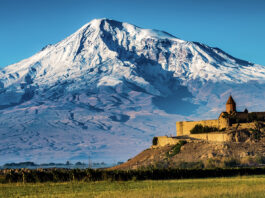 Polemics - 9. January 2021
© Polemics - Magazine of the Diplomatic Academy of Vienna