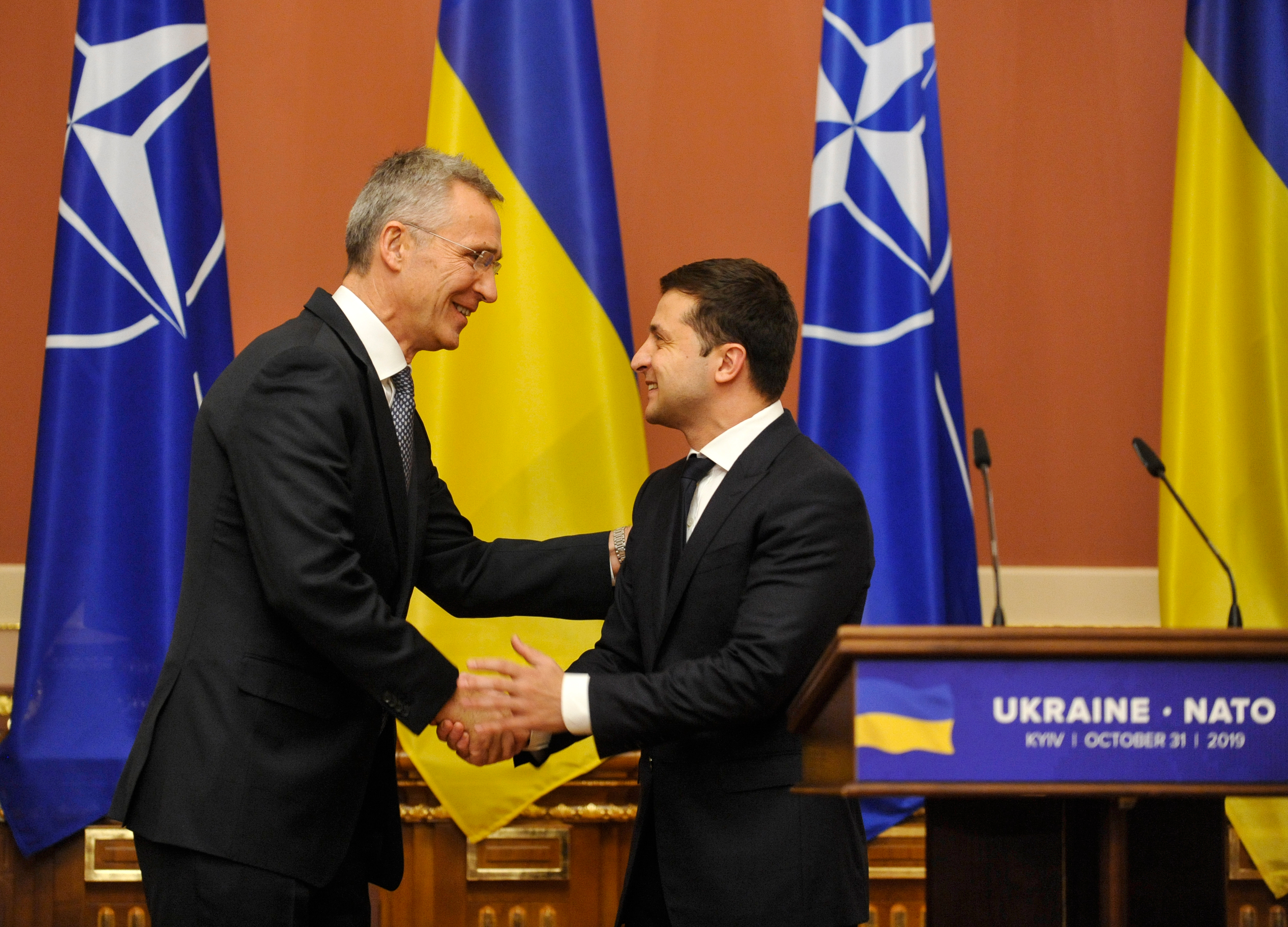 The seventieth anniversary of the North Atlantic Treaty Organization marked a groundbreaking moment in the history of the security alliance. Facing criticism, questioning the existential rationale behind the organization, the alliance is still serving the core constitutional objectives that primarily aimed to counterweigh the Eastern threat in shape of the Russian Federation. Albeit, the current French President, Emmanuel Macron, stressed that terrorism, rather than the Russian Federation, serves as the most prominent threat which challenges the security alliance and its allies. In view of the French President, it is highly evocative that the security challenge posed by the Russian Federation is considered to be sunk into oblivion. However, by no stretch of imagination it becomes obvious that this view needs to be reconsidered. Perhaps Macron gets it wrong when it comes to identifying security challenges facing NATO, which potentially provokes international politics to disregard the threatening posture of the Russian Federation. For this reason, it must be addressed whether Ukraine will cement its security within the framework of the alliance regarding Kiev’s recent optimistic endeavors.

It can be argued that the view of the French President is based on an illusion that overlooks the real picture of the current geopolitical situation, as it deprecates Russia’s unrevealed but vast potential to jeopardize states in its sometimes obscure sphere of influence. Under this aegis, it becomes a probable consequence that the contentious identification of the existential threat facing NATO caused friction among its member states. Estonian Defense Minister Jüri Luik claimed that the only source of the existential threat is “Russia, because it is a nation- state” and he stressed that NATO is “the only organization that can viably” hinder Russia’s aggression against its neighbors. Take Ukraine or Georgia as examples: The absence of the Euro-Atlantic integration and Russia’s great aspirations within their territories verify that Russia still needs to be considered as an external threat challenging the Euro-Atlantic zone.

Ukraine aims to accelerate efforts to establish a reciprocal relationship with NATO which would provide a chance to shield the security of the state and could be used as a “trump card” against Russia. The harmonisation of relations between NATO and Kiev has already been proposed in different formulations: the NATO-Ukraine Commission was established by the NATO-Ukraine Charter on Distinctive Partnership in 1997, which laid the foundation for the acceleration of Ukraine’s Euro-Atlantic integration. Furthermore, the adoption of the Charter on a Distinctive Partnership between Ukraine and NATO and the subsequent Declaration to Complement the Charter on a Distinctive Partnership served as analogous objectives. However, it is not surprising that international politics have set a new climate for the advancement of Ukraine’s aspirations towards NATO which is mainly due to the annexation of Crimea in 2014, effectuated by the Russian Federation.

According to the statement of the NATO-Ukraine Commission issued in October 2019, “an independent, sovereign and stable Ukraine, firmly committed to democracy, and the rule of law, is key for Euro-Atlantic security”. As such, the seventieth anniversary of NATO brought the security alliance’s “open door” policy into action for those countries that aim to accede to the alliance. In this vein, Ukraine can find itself in an environment where the accession to the security alliance is just around the corner and the constitutional establishment of the strategic partnership between Kiev and NATO is about to be guaranteed in a short period of time. It is worth mentioning that NATO stated that Kay Bailey Hutschison, America’s ambassador to NATO, thinks “by and large, every one of us [allies] wants to have more members that are in our sphere because we don’t want them to go into the Russian sphere and cause more problems and more disruptions.” Thus, such promising statements clearly sowed the seeds of a factual overture between NATO and Ukraine. In this respect, Ukraine took its mission seriously: according to the World Bank, in 2018 the state spent 3.8 percent of its gross domestic product on defense, which is a crucial factor in the compliance of NATO’s expected spending target of 2 percent of the country’s GDP.

Nonetheless, it would be flawed to think that Ukraine’s NATO membership will be the source of newspaper headlines tomorrow. There is substantial idealism and big hopes on the NATO accession in Ukraine, but it is quite doubtful for several reasons that Ukraine owns the recipe for success and that NATO will provide a permanent seat for Ukraine in the headquarters of the alliance. Firstly, a possible Ukrainian invocation of Article 5 of the NATO Treaty dissuades NATO to change its attitude towards the membership process. This potential military escalation deters NATO to coordinate further efforts with Ukraine within the framework of a membership. Secondly, the current adoption of the Ukrainian Education Act and the subsequent political fight with Hungary further imperil the progress of the Ukrainian accession. This partly has to do with the fact that Hungary, as a permanent member of the alliance, can prompt allies to turn their backs on Ukraine. Thirdly, one needs to bear in mind that Ukraine’s involvement in Trump’s impeachment process also deepens the gap between the alliance and Ukraine. By and large, these factors indicate that the likeliness of the Ukrainian accession to NATO represents a downward trajectory.

Regarding prognosis of the future it seems an extraordinarily difficult question to answer how the Euro-Atlantic integration of Ukraine could move forward. As previously stated, the Russian Federation prioritises the prevention of Ukraine’s NATO membership. Accordingly, if the Kremlin cannot hinder the Euro-Atlantic integration of Ukraine, Russia will utilise a different set of policies towards Ukraine: It will break the state in the form of hybrid war, economic sanctions against Kiev and fueling of fighting in Donbas. It can be assumed that utilisation of such policies is the central tenet of the current Russian agenda setting and the implementation of “breaking” Ukraine might have already launched. Henceforth, NATO allies should not deliberately ignore the reality of the situation about Russia’s imminent encroaching policy. This is because in due time, not only will Ukraine’s Euro-Atlantic integration be forgotten, but also the scenario of Crimea will be echoed regarding other disputed territories.