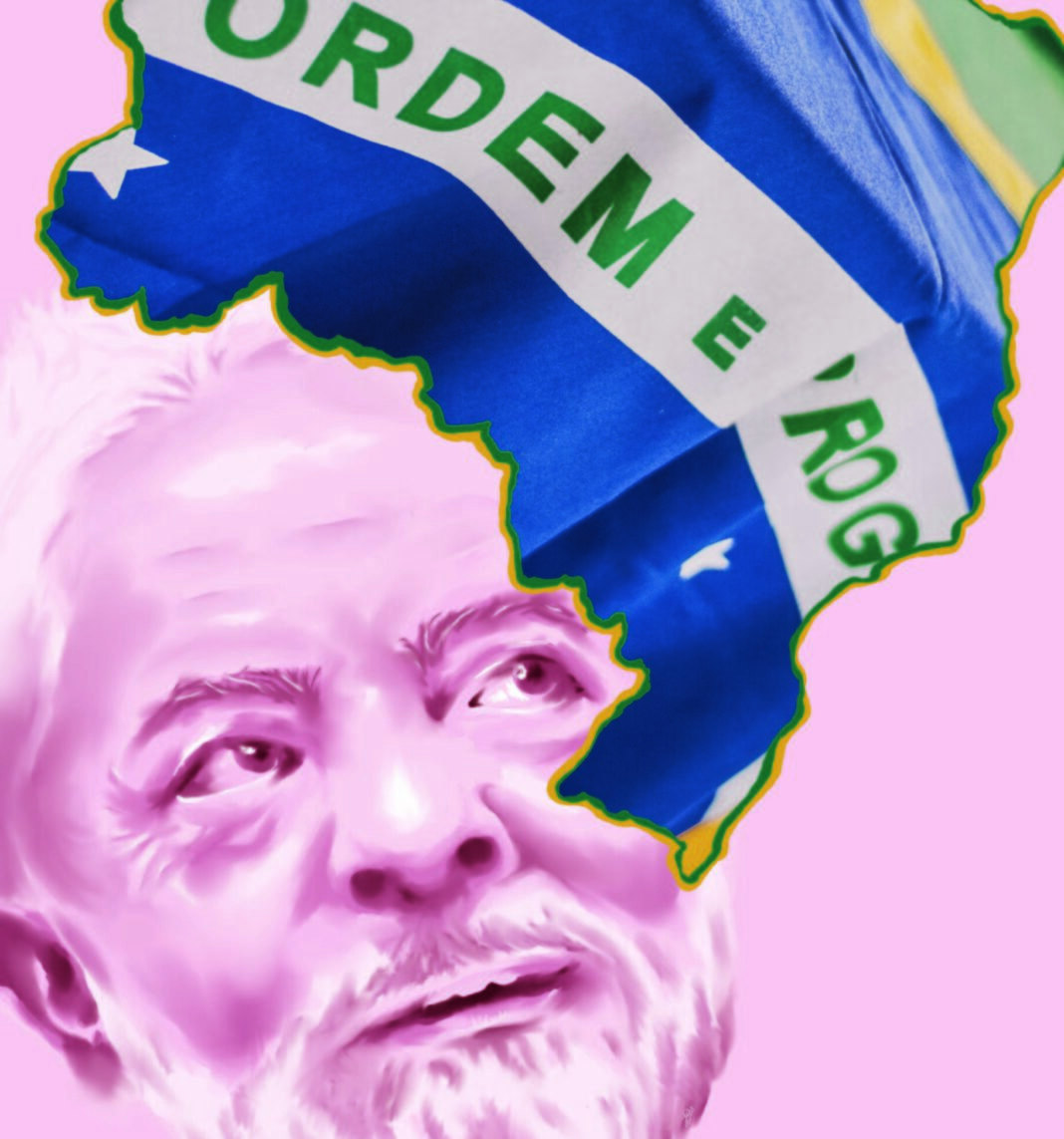 “I’m here to say that Brazil is ready to come back,” proclaimed new Brazilian President Luiz Inácio Lula da Silva, often called Lula, at the COP27 Climate Summit in mid-November. The now three-time president triumphed over far-right incumbent Jair Bolsonaro in a run-off election in October. Lula’s triumphant return has inspired many to hope for a better future for Brazil. However, while the victory is a cause for celebration amongst Brazil’s left, the country as a whole still faces a multitude of problems, both internally and on the global scale.

While Lula is ideologically aligned with the left, his actual policies may not always reflect this idealism. “He is someone who understands the rules of the game,” explained Tatiana Coutto, professor of political science and international relations at the Vienna School of International Studies, who is also from Brazil. “He understood that there was fear from people about socialism or harm being done to enterprises.” Lula’s approach has always been pragmatic, seeking incremental concrete gains over massive ideological victories. His policies have seemingly paid off before, with Brazil elevating itself out of mass hunger and implementing government cash transfers during his last term. Still, it remains to be seen how he will handle the world stage today.

A paradoxical advantage and weakness of Brazil’s situation is its reliance on Lula’s appearance. His election signaled to major partners a return to responsible governance, seen in the immediate congratulations he received upon his election. “Because of the Trump-like figure of Bolsonaro, getting rid of that matters. The signal it sends to the international community is very positive,” Coutto said. While the election of Lula is an immediate step towards international cooperation, Brazil is still heavily subject to the whims of the external global financial market which can fluctuate depending on what Lula says. The president-elect questioned the fiscal responsibility rules in Brazil which in turn led to a brief uncertainty in the market. For now, the situation remains stable, leaving room to focus on other issues.

While the South American giant faces plenty of problems today, its treatment of the Amazon is among the most criticized. Previously, Brazilian protection of the Amazon was evidence for many outside investors that the country could be trusted for investment and aid. Due to Bolsonaro’s aggressive policy of deforestation and deregulation, however, many in the international community not only voiced outrage but also uncertainty over Brazil’s role in the future. Trust in Lula has reaped benefits as foreign aid from Germany and Norway resumed. “In terms of environmental policy, it is a clear upgrade,” Coutto stated. “It sends a strong message.” Still, Brazil faces a long road ahead. The Latin American nation, which has relied upon an image of neutrality and reliability, must now rebuild its image if it hopes to win back the trust of important global investors and governments.

Historically, Brazil has attempted to maintain a neutral stance on the world stage. “Brazil has always flirted with the non-aligned movement, but was never a full member like Argentina was,” Coutto explained further. The country maintains relations with all the major powers of the world but its connection to Russia remains one of the most important. Russia serves as a major trading partner in the agricultural sphere, Brazil’s primary economic sector. Russia provides Brazil with important fertilizer while Brazil, in return, trades its beef. Despite the war in Ukraine, it is highly unlikely that Brazil is going to change this position soon. “There are calls of support against the war and in favor of the refugees. I would be surprised if we saw any sanctions against Russia though. For the most part we voted to also condemn Russia but the practical part, no,” underscored Coutto.

What might complicate this neutrality is the growing presence of China in the Global South. “Over the past 15 years, Brazil has grown more dependent on the Chinese market. If China isn’t doing well, Brazil doesn’t do well,” Coutto remarked. Even under Bolsonaro, whose administration rebuffed China as much as possible, the country remained tied to the rising Asian superpower. Since these ties are so strong, and Brazil’s economy is weak at the moment, it is unlikely that Lula will break away during his term in office. Brazil does have breathing room though, as it maintains independence from the Chinese economy through its ties to other international powers most notably the U.S. and the EU. Within South America, Brazil finds a more cooperative environment.

Close to 50% of South America’s area is Brazil alone, making it no surprise it has always been the dominant power of the region. Under Bolsonaro, however, Brazil took a step back from its leadership role in the pursuit of isolationism. Now with Lula, the country is poised to reclaim its role in the area. “[Lula] tries to go back to the foundations of Brazilian foreign policy, that is the preference of institutions and international arrangements”, Coutto said. Among these institutions, the Mercosur trading bloc holds high importance. Similar to Germany within the EU, Brazil represents a fundamental piece of the community and now under Lula, it seeks to reestablish cooperation with the other Latin American countries. Of particular importance is Argentina, who, with Brazil, forms the rest of Mercosur’s foundation, similar to the France-Germany partnership at the heart of the EU. After Lula’s election, the president of Argentina himself flew to Brazil to congratulate, a clear indication of an amicable attitude. On top of the institutional framework, there is an ideological aspect as well.

The so-called “Pink Tide” refers to the gradual shift of Latin American countries to the political left. Lula’s election represents the newest extension of this shift. “It is similar to the post-Trump movement of this idea that we need to bring the state back in. There is this idea that the state rolled back too much,” Coutto explained. Across the region, left-wing governments are attempting to introduce progressive policies aimed at righting the wrongs of the past. While Lula may be a pragmatic figure, his ideological background fits him in nicely with this movement. Whether or not this push towards the left will keep its momentum, remains to be seen.

Despite a promising position internationally, Brazil faces internal issues that could prevent finding a meaningful global role. The government finds itself divided as politics is based more upon personalities than actual parties. “People mostly voted either against Bolsonaro or against Lula instead of actually for a candidate,” Coutto said. Bolsonaro’s party, Partido Liberal (PL) still composes the largest bloc within the Chamber of Deputies and its informal coalition, Centrão, represents another large portion of the legislature. Within the civil society, several die-hard groups for Bolsonaro remain, such as Evangelical Christians, miners, and truckers. This stiff opposition represents one of the largest problems facing Lula’s new government. If compromise cannot be found, Brazil risks entering a situation like the United States where the legislature is stuck in a political deadlock. To maintain the support of civil society, Lula must keep the financial situation in check. “This is his main attention: balancing fiscal and social programs. Trying to put children in school for example or expanding vaccinations. He must balance this with some idea of fiscal responsibility,” explained Coutto. Clearly, Lula is walking a tightrope trying to balance these interests.

Lula’s election was certainly a cause for celebration in some circles. The president-elect has the ability now to reintroduce Brazil to the world stage and reestablish confidence in the South American giant. Despite this optimistic starting point, the new government faces issues which, if not handled correctly, can leave Brazil immobilized, unable to act. Whether or not Lula can bring back the successes of his previous terms, only time will tell. Until then, the international community is watching the South American power with great anticipation.