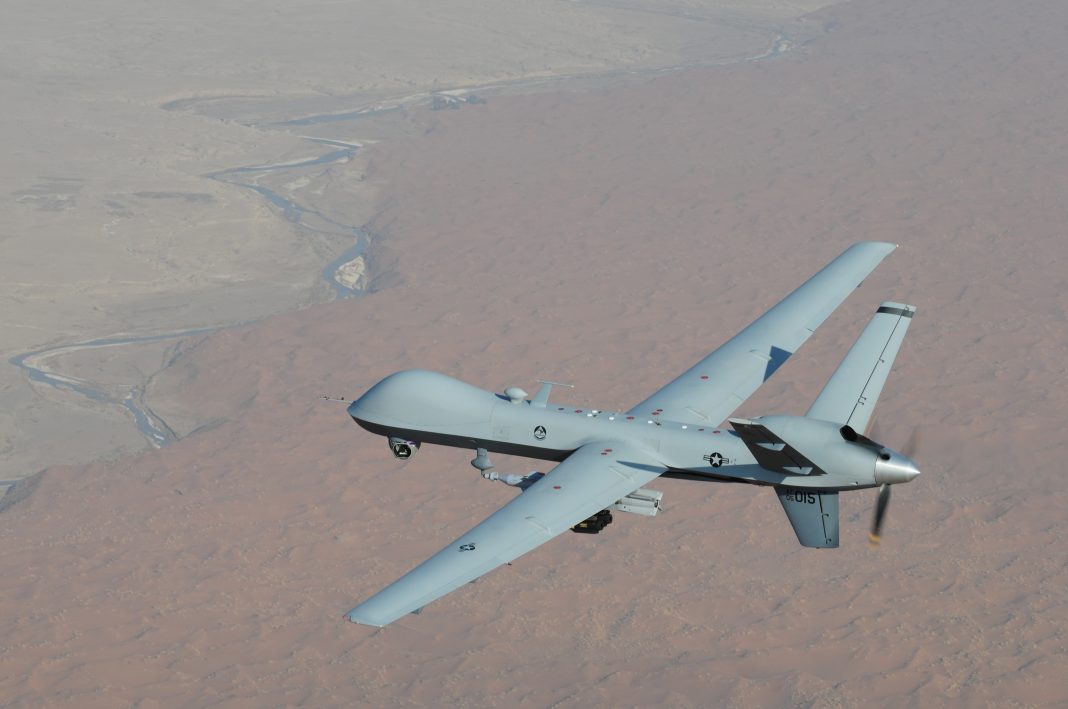 The American post 9/11 strategy has seen an increase in the use of unmanned aerial vehicles (UAVs) as a means of a more efficient counter-terrorism strategy, revolutionizing the art of war. But as the production costs of drones continue to plummet and drone technology reaches new levels of advancement, the militarized use of drones has raised worrying concerns about the future of warfare.

Drones have been seen as beneficial for states, as drone operation is relatively simple, inexpensive and allows states to avoid placing troops on the ground. Technical improvements in drone technology have noticeably lessened the time it takes to find a person and confirm their identity before killing them, making them an unparalleled global weapon.

Perhaps most notably, however, drones have also removed the human aspect of warfare. “Do we want a world in which governments are permitted to track down their enemies in any other nation, and target and kill them, with no real oversight or accountability?” ask Cavallaro, Knuckey and Sonnenberg, co-authors of the report Living under Drones.

And while drones have proven successful in the killing of sought-after individuals such as Baitullah Mehsud, former leader of Tehrik-e-Taliban and Atiyah Abd al-Rahman, al-Qaeda’s top operational planner, they often fuel anger towards the U.S. among locals. Interviews with, and extensive research on, terrorist and insurgent groups affected by drones reveal that negative sentiment towards the U.S. generally increases after an attack, as does the risk of future terrorist acts in the U.S. Former White House Counterterrorism Adviser John Brennan describes this as “a tactical success, but a strategic failure.”

“An action that eliminates a single terrorist but causes civilian casualties can, in fact, inflame local populations and create far more problems,” Brennan cautioned. Through this, terrorist organisations are able to gain support, both in the strength and affirmation of their ideology as well as in physical numbers, due to anger over civilian casualties.

Ibrahim Mothana, a Yemeni political activist, warns that “drone-striking militants to eradicate terrorism is like machine-gunning mosquitoes to cure malaria. Rather than tackling the real drivers of extremism, drone strikes create an ideal environment for Al Qaeda to grow and propagate.”

Currently, the technological requirements of drones put them out of reach for the majority of states, yet despite this there are over eighty countries that possess the technology to operate drones internationally. Although not all have currently equipped their drones with military weapons, it is clear that the U.S. no longer holds a monopoly on cutting-edge drone technology.

Already “the ease and anonymity with which drone strikes are carried out (or ‘Playstation mentality’, as it has been called) raises deeper questions about the conduct of war by a democratic, constitutional society” Trevor McCrisken, professor of University of Warwick warns in his recent work Obama’s Drone War.

With the proliferation of the use of drones in war seemingly around the corner, questions concerning the capabilities and usage of next-generation drones arise. During the Obama administration there were calls for the U.S. to establish global norms and guidelines on the use of UAVs, to be a step ahead, but this never happened. When multiple states inevitably begin to use drones as a means of war, there will be no rulebook to follow.

Thus far, there has been little information on the sustainability of drones as a means of warfare and it is not clear for analysts what the broader plan is for using UAVs in the context of American interests. We do not yet know the long-term effects of drone strikes, but it is very likely that they will have cumulative effects.

These undetermined long-term effects, combined with security and safety risks that the military use of drones pose, have raised serious concerns that the United States’ drone programme in Pakistan, Yemen and Somalia is not just dangerous, but may even be a breach of international law.

In their latest paper, Frank Sauer and Niklas Schörni, researchers at the Bundeswehr University Munich and Peace Research Institute Frankfurt respectively, warn that this might not even be our biggest problem. “Humans who act in war with disregard for international law can be held accountable by a court body or military authority” Sauer and Schönig said. “Except,” Noel Sharkey, Chair of the International Committee for Robot Arms Control, asks, “who will be responsible for the lethal mishaps of a robot?”