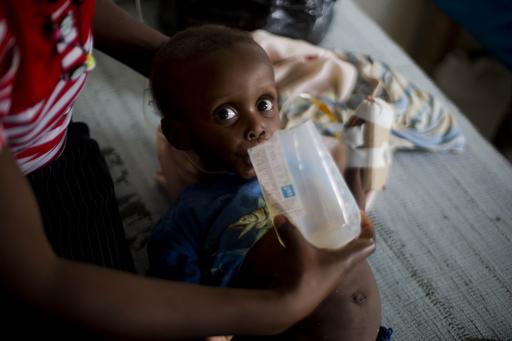 As of late October, the number of cholera cases in Haiti dropped from more than 13,600 reported cases to  3,400 in the span of one year, with many celebrating the success of eradicating this potentially fatal disease. But despite this drop of nearly 75 percent, the country is still recovering from this dangerous pandemic and the unfortunate circumstances that led to its outbreak.

It has been nearly nine years since a catastrophic earthquake shook the Republic of Haiti on 12 January 2010. International organizations provided humanitarian and reconstruction aid, most notably the United Nations, which had already been present in Haiti since 2004. The UN established a network of no fewer than 19 agencies in the aftermath of the earthquake, and in a matter of months, another disaster struck: cholera, a disease that manifested itself during the recovery efforts. Cholera, a severe infection that can be fatal, flourished among polluted waters and low hygienic standards. Its containment remains one of the most challenging issues for Haitian authorities and UN agencies today.

After a coup d’état in 2004, Mission des Nations Unies pour la Stabilisation en Haïti (MINUSTAH) was established as a result of UN Security Council Resolution 1542. However, before the 2010 earthquake, MINUSTAH was already caught in crossfire, being linked to allegations of sexual abuse against minors by UN peacekeeping forces. While new cases of sexual assaults against children were reported after the earthquake, they were overshadowed by the ensuing cholera epidemic that was, at the time, allegedly introduced to the country by UN Blue Helmets. According to the Haitian Ministry of Health, over 4,000 people died because of the cholera epidemic among 185,000 suspected cases in 2010. As of October 2018, cholera has claimed more than 9,700 lives in Haiti.

As the country faced the daunting task of rebuilding after the earthquake, questions emerged surrounding the outbreak of the infectious disease. Prior to the earthquake, there was no immediate threat of an outbreak, given that cholera had not been reported in Haiti before, according to the US Center for Disease Control and Prevention (CDC). The first cholera cases were located in close proximity to a MINUSTAH camp that had recently received reinforcements. An epidemiological study by David Sack, a cholera specialist at John Hopkins University, attributed the outbreak to the weather phenomenon La Niña. A study conducted by Renaud Piarroux, professor of parasitology and mycology at the University of Aix-Marseille, concluded that the mission introduced the infection. UN officials at first denied responsibility and convened an independent panel consisting of specialists in the field  to determine the origins of the epidemic.

On 4 October 2016, as the number of cholera cases reached its lowest level of the year, Hurricane Matthew made landfall. In the weeks that followed, the number of weekly reported cholera cases tripled and peaked around 1,500 cases, according to the health ministry. Meanwhile, the independent panel concluded that the disease was imported to the country by UN peacekeeping forces – a conclusion that then-UN Secretary-General Ban Ki-moon acknowledged in an official apology to the Haitian people in December 2016.

The aftermath of Hurricane Matthew sparked a surge in new infections, as the United Nations intensified its efforts to curtail the epidemic. UN officials expressed concerns about the underfunding of relief programs, including those set up to restrain and, ultimately, eradicate cholera. Though 88 mobile rapid response teams comprised of UN and Haitian government personnel have been established since January 2017, UNICEF described the situation as “challenging” in its Humanitarian Situation Report on Haiti in June 2018. This was mainly due to a funding gap of $13.8 million USD that prevented the agency from achieving its goal to supply clean water to people who are vulnerable or  affected by the spread of cholera. Whereas the United Nations Office for the Coordination of Humanitarian Affairs (OCHA) states that in 2017 almost 40 percent of the target budget for all humanitarian operations in Haiti were met, OCHA prognostics in June 2018 were much more pessimistic. Out of an estimated total budget of $252.2 million to fulfill the Haiti Humanitarian Response Plan for 2018 only $22.7 million, about 9 percent, had been funded.

Notwithstanding these precarious financial needs, the united efforts of the Haitian government and UN agencies have been fruitful. A 5.9-magnitude earthquake on 6 October did not seem to affect new cases of cholera outbreaks, according to Haiti’s health ministry data, although 18,000 homes were damaged or destroyed.

Nonetheless, the fight against the epidemic is not over yet and is likely to remain on the agenda of the authorities of Haiti and relevant international organizations.