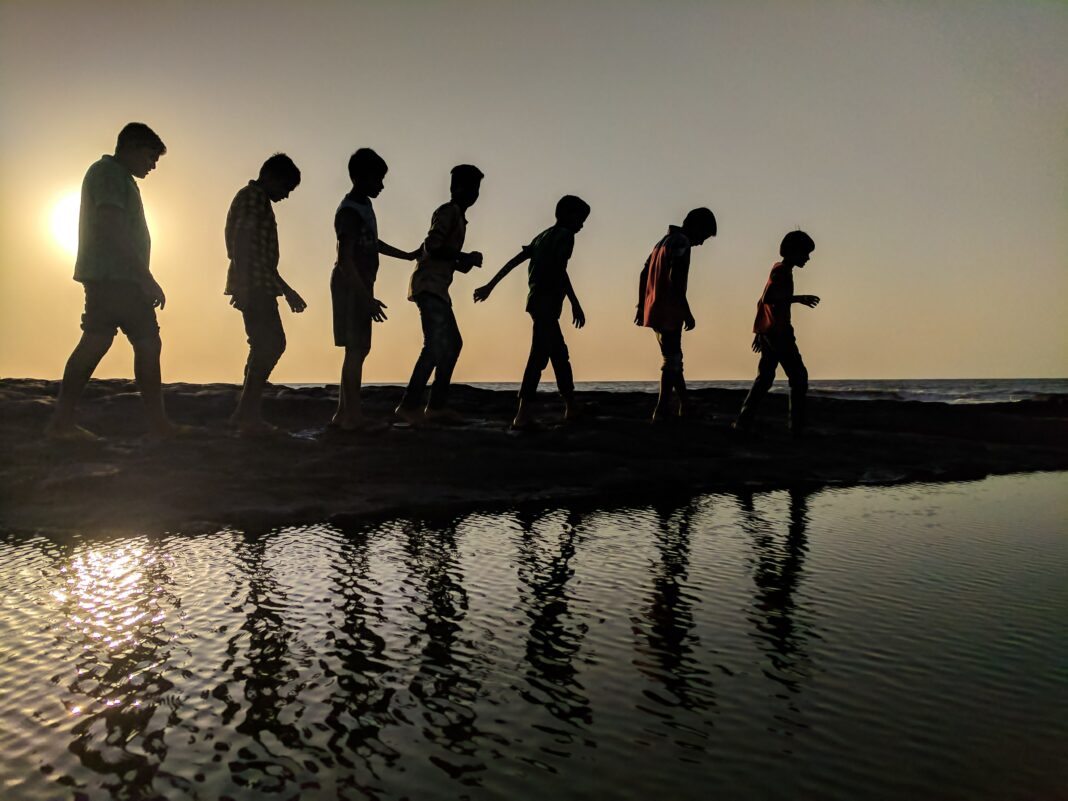 A shocking 40% of adopted children in the US are of a different race or culture than their adopted parents.

Foreign adoptions have dropped from 46,000 children per year to just 12,000 and are currently mostly suspended due to the COVID-19 pandemic. This decline is due to concerns regarding child welfare and dishonest processes. However, demand continues for inter-country adoption, which has led to considerable debate over its potential issues in recent years. Yet its role in international relations is often overlooked.

Historically, inter-country adoption — also called transnational or international adoption and primarily from developing countries to the West — was not endorsed by society.

Firstly, adoption in general has been stigmatized throughout most of history. Blood relations served as the most critical indicator of kinship. It wasn’t until 1851 when Massachusetts passed the first modern adoption law that it became a legitimate familial institution in the West.

Secondly, inter-country adoptions are often transracial by default: the adopted children are generally not of the same ethnicity as the adoptive parents. Though adoption was gradually accepted, mixed-race families were far from the norm, and most societies repulsed them.

It wasn’t until post-WWII that this began to change. The West started exporting its adoption model internationally with “baby lifts” and orphan rescue missions in war-ravaged Germany and Japan. Inter-country adoption accelerated during the Korean War when the American evangelical Holt family founded the first international adoption organization for US families to adopt “war orphans” and “Korean waifs,” promoting Christian humanitarianism.

Between 1955 to 2006, demand for foreign-born babies soared due to events such as the Vietnam War. As adoption grew, it sometimes transformed from a charitable endeavor into a profitable private industry. For example, in Hunan, a province in China, officials forcibly seized and sold babies for profit under the guise of the one-child policy and marriage legality. In 2012, one out of 100 Guatemalan-born, US-adopted babies were systematically bought, coerced, or kidnapped for international adoption. And organized networks engaging in baby buying and baby farming in Vietnam have sharply increased to supply enough infants to meet the demand created by adoptive parents.

It is thus apparent that international adoption, while a positive institution in many respects, requires reform. Paraphrasing one UNICEF official, inter-country adoption as it stands can be less about child welfare than about fulfilling the demands of Western parents leading to a resurgence of criticism.

To begin with, as the perspectives of middle-class, educated, white adoptive parents dominate the narrative, adoptees can experience neoliberal color-blindness — that is, disregard of adoptees’ ethnic background. And as a significant portion of adoptees is of Asian descent, the COVID-19 situation has further fanned the flames of anti-Asian vitriol, making this an even more urgent issue. No matter how “white” some transracial adoptees’ families are, adoption does not erase adoptees’ potential to experience discrimination.

Additionally, abuses in transracial families raise concerns about whether children are always “better off” in the developed world. This issue came to light when a white American family beat and froze their daughter adopted from Ethiopia to death, or more recently, when Huxley Stauffer, an autistic Chinese adoptee, was relinquished by his influencer mother. While these are extreme examples, some parents ignore or are unaware of the unique problems that transnational and transracial adoptees face regarding cultural fit and mental health.

Adopted children can identify with both their biological or their adopted culture but often face a sense of being “outside within” with their adopted culture. However, they tend to feel they have the appearance of their biological culture without the edifices that go with it — food, language, dress — and can never truly experience it as an insider. As a result, some adoptees will either end up identifying with a third culture or will identify with none at all. Psychologists, such as Erik Erikson, have espoused the necessity of cultural identity. Studies have shown that adoptees are more frequently referred to mental health specialists than non-adoptees due to the unique integrational challenges they face.

Given these complex issues, the perception of inter-country adoption as solely a humanitarian process is often criticized as inaccurate and even neocolonialist. Yet, the picture is more complicated than that. This notion of humanitarianism reflects inter-country power imbalances and prejudices. While the situation in sending countries is often hostile to children, such as widespread girl-child abandonment and infanticide in India and China, these “rescue narratives” make vast assumptions based on international relations. Everyday citizens participate in “the greater cause” of ideological conflicts, often from a place of good intention, but only provide a band-aid solution to poverty and poor-governance-related issues.

This is not to discredit the love and genuine bonds that can also come with inter-country adoptions. Transracial adoptions overturn restrictive, traditional conceptions of family and kinship. Furthermore, transracial adoptees find themselves in a particular position with experiences in both cultures that help understand transcultural dynamics. However, we should not forget that there are inter-country hierarchies at play here. This makes adoption an important part of international relations.

While often under-studied, inter-country adoption has helped transform the global landscape, contributing to what Eleana Kim calls intimate diplomacy: micro-processes of power that reinforce or recreate inter-country dynamics in the most private realm of the family.

Look no further than the experiences of adoptees between the US and China as a reflection of the current relationship. The US has long engaged in economic competition with China. Yet Chinese children act as a neutralizing entity in the fight while simultaneously reflecting the US’s desire to increase its influence and ties with China. Interestingly, adoptions in recent years have declined, partially after the 2005 Hunan scandal — perhaps also attributable to the increasingly tense, anti-Chinese rhetoric circulating in recent years. Other adoption “hot spots,” including Korea, Vietnam, and Russia, tell the same story: children as an inter-cultural forum during power struggles.

But that is not to perpetually infantilize adoptees. As we have seen with the older generations of adoptees, mainly from Korea, adult adoptees are capable actors. Their voices are increasingly loud, as made apparent by everything from blogs to books to the Facebook group “subtle asian adoptee traits.” In this group, adoptees have the opportunity to discuss issues of race and identity, find a community, and ultimately take control of their narratives.

Adoptees should thus seize the opportunity to reinvent themselves into a new generation of global citizens. This new global citizenship is similar to what “third culture kids” bring, a group that is more frequently involved in international affairs due to their personal transcultural experiences. Adoptees’ varying levels of engagement with their adopted and biological culture reveal political and cultural imbalances. But by asserting control over the adoption narrative, adoptees have the capability to transform their identities beyond this confused embodiment of colonial victims (the biological culture) and oppressor (the adopted culture) in one. Rather, they demonstrate themselves as flexible, adaptable individuals who can understand the nuances of multifaceted identities without judgment. Increased visibility of adoptees such as Lana Condor from the popular Netflix adaptation To All The Boys I’ve Loved Before can further help recenter the attention and narrative focus on adoptees’ perspectives.

By listening to the narrative from the adoptees themselves, we can gain clearer insight as to how international relations and processes permeate even the most private corners of individual life. For all of its corruption, complicated history, and contentious ideological basis, inter-country adoption is still an institution that unites families with genuine love and kinship. As we advance, inter-country adoption merits a much deeper examination of the profound implications for individuals and inter-state hierarchies.