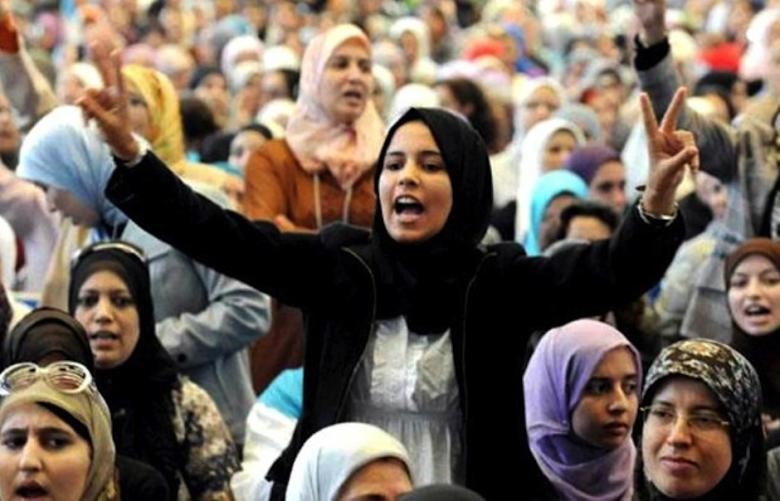 Walking to the local market is an ordinary, perhaps even banal task for most people. In Riyadh, however, the ordinary is often the exception—particularlyfor women.

From bans on wearing makeup and trying on clothes in a changing room, to walking outside unaccompanied by a male chaperone, regulations towards women are today enforced in a number of Muslim countries. Such examples may seem to prove that Islam is anathema to feminism as a theory and practice. Indeed, this view prevails in the general discourse of occidental societies and their media.

Many Western countries today seem to desire to project a shared historical legacy of Feminism onto Muslim countries that are not only in their nascent stages in this regard, but also envision the theology within their own cultural ambits. Yet the argument that Islamic theology contradicts the potential for feminist practice only underscores a blanket misconception of the teachings of the Quran—concepts that must be appreciated separate from their varied interpretations and political applications in Muslim countries.

Pre-Islamic practice offers a filter through which to view the impact of Islamic thought on issues concerning female rights. In pre-Islamic Arabia, a female child was regarded as a disgrace to the family— so much so that when a woman gave birth, parents would bury their child alive. Women’s lives were viewed as worthless and shameful to the family.

Upon the arrival of Islam, came the effacement of such practice, so much so that the Quran highlights how parents guilty of this crime would be punished on the Day of Judgement. The Quran speaks of the equality of all ethnicities, backgrounds and genders.

In Surat Alhujurat (The Rooms) Allah says: “O, people we have created you from a male and female and made you into nations and tribes in order to get to know one another. The most honored of you is the most God fearing and obeys Him gratefully.”

Allah here explains that honor is not contingent on your background, family or your gender, but rather is found in the “hearts of individuals” and how well they worship Him. In Allah’s sight, men and women are expected to fulfill the same duties of worship: prayer, faith, almsgiving, fasting, and pilgrimage to Mecca.

Islam generally improved the status of women compared to earlier Arab cultures. It eliminated the act of killing female infants and recognized women’s full entity. Islamic law emphasized the contractual nature of marriage, requiring that a dowry be paid to the woman rather than to her family, guaranteed women’s rights of inheritance, and to own and manage property. They were also granted the right to live in the matrimonial home and receive financial maintenance during marriage, and a waiting period following death and divorce.

The Quran’s Teachings as Feminist

At the time when the Prophet of Islam, Mohammed [Peace be Upon Him] lived 1,400 years ago, women shopped at the marketplace, rode their camels, some even engaged in long-distance travels.

Islam details gender equality as part and parcel of the Quranic notion of the parity of all human beings. It calls for the implementation of gender equality at the state and civil institutional levels, as well as everyday life. Moreover, Islam rejects the notion of a public-private dichotomy, conceptualizing a holistic Umma (Nation) in which Quranic ideals are practiced and observed in all spaces, and in a manner portrayed by the Prophet and his companions. Unfortunately, a number of Arab countries contort such fundamentals.

In Saudi Arabia, for example, women currently ask for the right to drive and the right of autonomy in order not to be under the welaia (sponsorship) of a male relative. The Quran does not, however, call for any such rules that would affirm these two culturally-based laws.

Another counterexample is Sudan where women today stand up against government rulings that force them to wear the hijab and punish any violators of this law. Islam classifies such things as ‘covering oneself’ as an act of obedience to Allah’s commands and for which He alone will punish. Interestingly, it also states that the male also has an obligation to cover “that which is between his bellybutton and his knees,” yet the government in Sudan makes no mention of such a command or punishment should any male choose to violate this Islamic law.

Sudan today stands as an example of feminism developing with and through Islamic thought. In 1906, the Sudanese Islamic scholar, Sheikh Babiker Badri, opened the very first school for girls in Sudan. It is seen as a fundamental step towards the awareness of female rights in the region.

Established in the 1940’s, the Sudanese Communist Party boasted the greatest influence on the feminist movement in the region, as the first group to mobilize women as a political force. Today, the Sudanese Women’s Union is intertwined with the Communist Party—both of which prioritize social classification issues, including gender parity. Notably, the Liberal party—which was backed by the West—had no explicit feminist agenda nor desire to engage women in its politics upon its origination. This has evolved throughout the 20th century with projects espousing their rights today.

Sudan’s nominal ‘Islamic regime’ under President Omer al-Bashir, has unfortunately undermined support for such feminist waves, echoing the restrictive approach towards women of some their Arab friends in the surrounding region. That he is the only sitting president with an outstanding arrest warrant from the International Criminal Court for accusations of crimes against humanity and war crimes in Darfur— where femicides were commonplace—underlines a discrepancy between the actual teachings of Islam that invoke women and erring applications thereof.

Nonetheless, al-Bashir’s approach has united the liberal and communist parties in a gesture that calls upon the Quran proper as the basis for feminism in the region. They remain a strange and unique force in Sudan, at once rallying against al-Bashir’s regime despite differences in their ideology and beliefs, whilst invoking an Islamist interpretation of and justification for feminist thought. Notwithstanding such support, feminism in Sudan and the Arab world generally, remains a tempestuous topic that will understandably require much meditation in public and private spaces.

Only then may it develop into a movement led by the women who understand the diversity of the country and their needs therein, detached from the cultural, legal and political application of Islam that often threatens to undermine or contradict the theology’s rulings.

Indeed, through a holistic understanding of Islamic ruling based on the Quran and the teachings of the Prophet [Peace be Upon Him], may women thrive in Muslim societies, and may Muslims and non-Muslims alike overturn the veil and finally regard Islam as deserving a place in feminist thought.