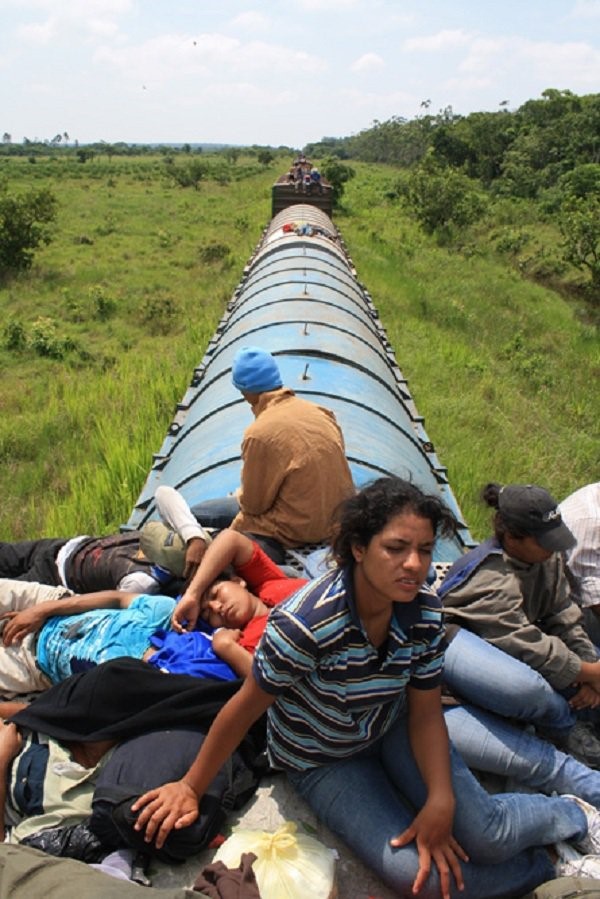 Often their trauma and their stories lie in the shadow. Frequently femal migrants in South America suffer in silent structural sexual harassment, gender-based violence and rape during their escape. And the affected states ignore the problem continually.

On the one hand, they are persecuted by criminal groups, lurked by every kind of merchant looking to attract them to beef up their businesses; on the other, they are threatened by men they encounter, namely smugglers, fellow travelers, police authorities and public officials. Top it all off with an androcentric society, and the female migrant today is the most vulnerable of the vulnerable in transit through Mexico.

As the Mexican population found itself immersed in a war on drugs at the start of 2006, criminal organizations looked on at the outbreak of migrant flows through a lucrative lens: kidnappings and extortions became the newfound business model.

Informal and illicit economies developed not only at points of entry and departure from the Mexican territory, but also across various positions within the migratory route undertaken by undocumented migrants. A study by the Mexican National Commission of Human Rights revealed that organized crime brought in 25 million dollars in a period of just six months in 2009 from kidnapping irregular migrants. The traffickers today take the trophy as the principal perpetrators of sexual and gender-based violence towards migrant women.

Government policies thus herald questions of accountability in the neglect of and violence towards irregular migrants, amongst whom women are most exposed. In a speech directed to President Trump in Mexico City in 2017, Mexican President Enrique Peña-Nieto underscored the necessity to “provide humane treatment to immigrants and establish orderly procedures of repatriation when necessary.”

At the 2016 UN General Assembly, Peña-Nieto further outlined what such humane treatment could look like in practice, noting Mexico’s successful policies, which he “shares with the international community as a model”. At the closing of the speech, Peña-Nieto called upon the international community to “uphold its commitment to migrants who represent not only our past and present, but also our society’s future”.

Such fine statements regarding Mexico’s approach towards migration belie the reality of the country’s practice. In August 2010, Los Zetas, the drug-trafficking criminal organization that operates in northern Mexico, executed 72 migrants from Central and South America. The salience of the event attracted the attention of the international community, urging the Mexican government to act. Its response was the substitution of the main law governing migration with the 2011 Migration Law, which not only overturned irregular migrants’ legal status as ‘delinquents,’ but also promised to offer them greater protection in transit. Unfortunately, the promise has come at the cost of their systemized deportation.