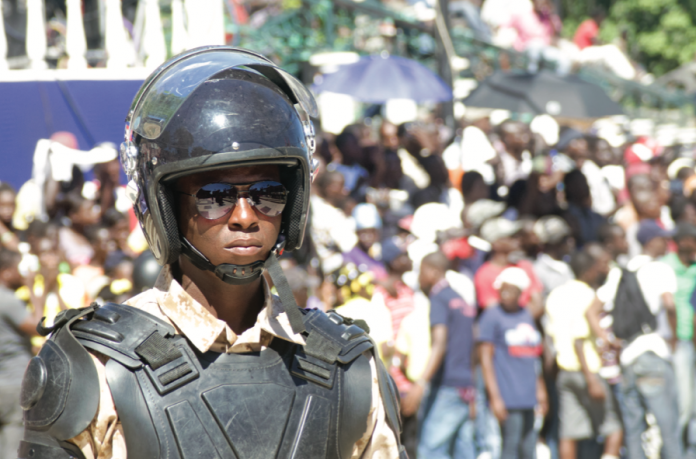 While much of the world’s attention throughout the European summer was focused on the seemingly never-ending Brexit quagmire, early signs of a broad and fast-moving regional trend were beginning to emerge in Latin America. Corruption, austerity and inequality have driven millions to join anti-government demonstrations in the region. This trend has since proliferated from Port-au-Prince to Santiago de Chile and will likely continue as slowing economic growth puts more pressure on inequality in the region.

The situation began this summer in Haiti, where anti-government demonstrations paralysed the least developed country in the Americas. The protests were sparked by fuel shortages and the government’s attempt to cut fuel subsidies following the collapse of PetroCaribe – a Venezuelan-run program that provided aid and cheap oil. The demonstrations escalated, sometimes violently, when Haiti’s Superior Court of Auditors published a report stating that the government embezzled an estimated $2.3 billion in funding that PetroCaribe provided for social projects in Haiti. Although sparked by the PetroCaribe scandal, the demonstrations are fuelled by systemic corruption and extremely dire economic conditions. Tensions reached a new peak on October 12, 2019 when protestors attempted to force their way into the President’s residence following the killing of Nehemie Joseph: a journalist who was covering the protests and had been threatened by politicians.

The Haitian protests became a regional phenomenon when anti-government protests erupted in Ecuador, following government plans to scrap state fuel subsidies in early October. President Lenin Moreno’s government negotiated a $4.2 billion deal with the IMF in March. As with the protests in Haiti, the demonstrations were an explosion of longstanding conditions which were predominantly ignored by national governments until now. The demonstrators, principally led by the indigenous group CONAIE (Confederation of Indigenous Nationalities of Ecuador), demanded that the Ecuadorian government solve economic disparities and political exclusion of indigenous communities in rural areas of the country. The demonstrations reached a climax when President Moreno was forced to move the capital from Quito to Guayaquil and began negotiating with the protestors. Although the government reached a deal with the protestors to scrap the subsidy cuts, CONAIE has threatened to go back to the streets if the deep-seated systemic issues are not addressed.

Lastly, there is Chile – one of the most developed states in the region and the one which boasts the largest middle class. Chile’s economic success has long been held as a model for neighboring developing states. This economic success made the protests – sparked by an increase in metro prices in mid-October – particularly perplexing, as they seemed to have come out of nowhere. A closer look into Chile’s macroeconomic conditions, however, shows a different story. Inequality is one of the biggest drivers fuelling the protests, with issues such as low wages, high cost of living and expensive education exasperating the Chilean people. Chile ranks as the third most unequal state in the OECD, after South Africa and Costa Rica. Moreover, a 2017 UN Report found that the richest one percent earns 33 percent of the wealth. Protests were further inflamed by the government declaring a state of emergency, suspending certain freedoms and rights – an issue which is particularly sensitive in Chile due to the relatively fresh memory of the brutal Pinochet regime. President Piñera has responded by backing down from the original metro price hike and replacing most of his cabinet, but the protests continue. Their demands vary and among them is the call for a new constitution.

While differing in certain aspects, the protests in Haiti, Ecuador and Chile have an underlying theme in common: their people are demonstrating against austerity and inequality. These themes can be seen throughout Latin America and will continue to be seen as growth continues to slow down in the upcoming years. Michael Reid, the author of “The Forgotten Continent: The Battle for Latin America’s Soul,” told The Guardian that, “Inequalities that were tolerable when there was a sense of opportunity and that the future was going to be better become less tolerable now – and you are seeing outbreaks of frustration when people feel that their wages are not going to go up or their children are not going to be better off than they are.” The point to drive home here is that the inequality resulting from policies implemented the past couple of decades will continue to sow instability. Until these underlying issues are resolved, we will continue to see unrest enveloping the region.

The demonstrations have also had, and will potentially continue to have, an effect on the region’s political map. Brian Winter, Vice President for policy at the Council of the Americas, speaking to the Washington Post predicted increased support for leftists as a result of rising frustration against centre-right leaders in Chile, Ecuador and Argentina. Winter’s prediction has slowly begun to proliferate. On October 27, we saw Argentine President Mauricio Macri lose to Alberto Fernandez because of, among other issues, his support for austerity measures. This defeat has already had a significant catalysing effect on the region’s leftward political trend, as President-elect Fernandez inaugurated the Puebla Group summit in Buenos Aires on November 8. The Puebla Group was founded earlier this year as a counterpower to the regional right-wing governments, with the goal of finding progressive solutions to wide-ranging issues. The latest summit was attended by current and former functionaries from Argentina, Brazil, Chile, Colombia, Ecuador, Spain, Mexico, Paraguay, the Dominican Republic and Uruguay. While relatively nascent, this group could serve as a platform for left-leaning governments to organise and implement region-wide initiatives.

Initiatives and policies which promote the distribution of wealth will be essential to fulfilling the long-term demands of demonstrators throughout the region. Broadly speaking, these protests could give the embattled left in these individual states a life-line for the upcoming elections in 2020 and 2021.