Home International Affairs Swallowing the Pill: What to Do with North Korea? 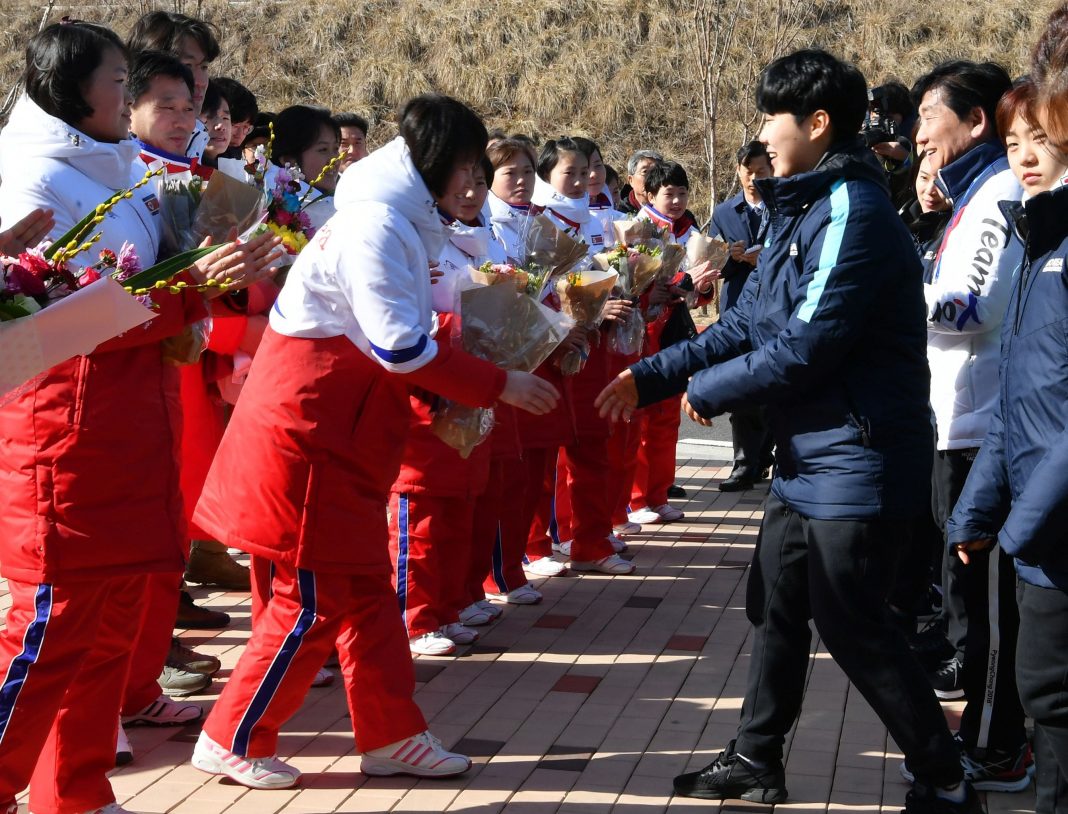 In his annual New Year’s address, North Korean leader Kim Jong-un offered an olive branch to South Korea, suggesting negotiations on the participation of North Koreans in the Pyeongchang Olympics. This surprising move, that comes after North Korea tested another bomb as recently as September 2017, has left many speculating about the future of a country that has thus far been regarded internationally as a nuclear pariah.

North Korea, the Hermit Kingdom of East Asia, never stops surprising the international community with its brinkmanship strategies. It seems, however, that the likelihood of its eventual collapse remains a distant point on the horizon.

Since 1991, this remnant of the former socialist camp has politically outlived four US and six South Korean presidents. The nuclear program is a headache not only for North Korean opponents like South Korea, Japan, and the United States, but also for its patrons – Russia and China.

When confronted with the problem at hand, world leaders seem unsure of what the best course of action is in dealing with North Korea. The go-to tool for dealing with an escalating problem thus far is a known political favourite  – more sanctions.

But questions of whether the use of sanctions is the best method to deal with a growing North Korean threat have arisen time and again. Sanctions thus far have proven relatively ineffective, and Pyongyang has shown no intention of giving in to the pressure.

On the contrary, sanctions might even do more harm than good. The sanctioned regime may resort to the option of selling nuclear technologies to other states or non-state actors if it runs out of money. When it comes to negotiations, the Kim dynasty has clearly learnt its lessons from the downfall of Hussein in Iraq and Gaddafi in Libya.

Both negotiated with the Americans. Both stopped developing WMDs. Both failed. Therefore, North Koreans will not give up their nuclear weapons at any cost – and why should they?

Even though the nuclear option of dealing with North Korea has become a more attractive option lately, it is still a very dangerous one that should be approached with due caution. Destroying North Korean nuclear warheads cannot be a 100% success, due to a general lack of intelligence on the matter. An escalation of the situation that may lead to war would definitely be catastrophic for the entire peninsula.

If backed into a corner, the regime is likely to use its nuclear weapons against Japan, the US and South Korea, targeting Seoul in particular. This would cause millions of casualties and incalculable economic damage to some of the biggest world economies. The best thing world leaders can do now, is to prevent the “disease” from spreading and evolving. Only then can we begin thinking about how to treat it. Making a deal with North Korea will likely resemble the approach taken by the US with India and Pakistan in the past. The problem here, however, is the mainstream perception of North Korea as an extremely hostile and irrational state.

But not all is lost. The good news is that opinions on North Korea are changing, as the country is slowly shedding its reputation as an entirely irrational actor. For Kim Jong-un, nuclear weapons are an ultimate insurance against a regime change option that the US might want to pursue against Pyongyang. In light of a rather unpredictable American foreign policy of late, North Korea can never be sure that it will not be destroyed from one day to the next after giving up its arsenals. As its demise is the ultimate fear of the regime, no sanctions or diplomatic pressure will work in the North Korean case.

Lankov, one of the world’s leading authorities on North Korea, expressed this sentiment in a recent article written for the Washington Post. “Even if the sanctions return North Korea to the state of economic disaster it experienced during the 1990s, when dead bodies piled up on the streets,” Lankov wrote, “the country’s leaders will still not agree to negotiate away their nuclear weapons.”

What, then, could be a game changer? The answer is rather simple, and the idea is not a new one. States have to de-facto (not de-jure) recognize Pyongyang’s nuclear status for the time being. De-facto accepting that North Korea went nuclear would open new negotiation possibilities.

One of the regime goals is to develop economically. Kim Jong-un’s official policy line is not called songun – military first (like his father’s), but byungjin – parallel development (of the economy and nuclear program at the same time).

The final goal should thus be to make the regime more open to outside information and to provide the elites with some peace of mind. Today, North Koreans would be more than willing to freeze their nuclear program in exchange for the relief of fewer economic sanctions. In a political deadlock, when it seems as if there are no more options, accepting the unacceptable may be the only feasible solution.