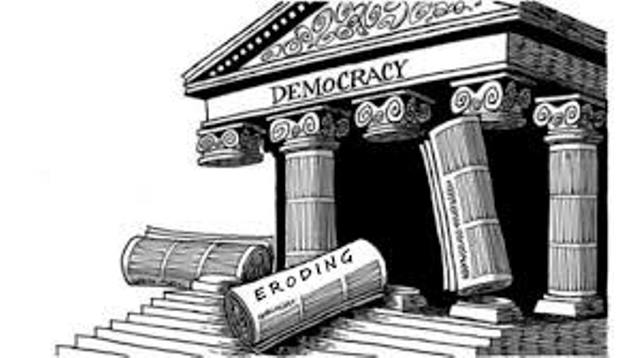 It is said that truth is the first casualty of war. In today’s war on words, it is evermore clear that conflict is upon us. Truth, one of the pillars of democracy, slowly erodesacross the globe, indicating that democracy itself may soon be under threat.

One need look no further than Turkey, lying just beyond the boundaries of the European Union, to see that freedom of expression—a dangerous concept to those that seek to control public opinion— is very much under assault.

The country has now seen its foundations of free speech crumble into the marshy underground of Erdogan’s dictatorship. Turkey once stood as an Eastern bastion of democracy and secularism. Today, Ataturk’s legacy is in shambles. Erdogan’s Turkey ranks 155 out of 180 countries in the 2017 World Press Freedom Index, while Freedom House has unambiguously ranked Turkey as “Not Free”. Mass incarcerations of journalists and closures of Erdogan-critical newspapers herald the worst for Turkish political discourse. One must pessimistically assume that the situation will not improve in a post-referendum environment that has only fortified his control.

Whether it was exploiting the refugee crisis or key positions in NATO, Erdogan forced both the European Union and the United States to choose between defending the democratic order or protecting their respective geopolitical interests.

Unfortunately, their decision is clear. If inaction is an action in itself, then the West is complicit with the new Turkish regime and cannot claim to be the defender of democracy.

Across the Atlantic, another situation is unfolding. The U.S. constitution— eternally venerated amongst Americans— enshrines freedom of speech as a right to be enjoyed by all citizens. Americans must be commended for maintaining this constitutional right: after all, did not civil rights activists fight for social justice under constitutional protection? Did the founding fathers not envision free speech as a bulwark against tyranny?

While the constitutional nature of free speech is not in direct danger, speech itself is experiencing a critical time.

President Trump’s recent dismissal of FBI Director James Comey should be a portentous omen that, while speech is acceptable, it must conform to a preordained narrative. Checks and balances ensure that democratic leaders are held accountable, and that no man stands above the rule of law. By dismissing Comey, Trump has undermined the US democratic system. Although there is backlash and the investigations will surely continue, the very fact that such an action occurred should alarm those who value democracy.

The implied acceptance of despotic action, the Trump administration’s dismissal of facts as “alternative” coupled with his penchant for spreading misinterpretations of factual events, demonstrate that truth has been beheaded from speech, and that democracy is implicitly under threat.

An initial analysis to these circumstances would indicate that Turkey’s muzzling of the press is a far more salient example of the crusade against truth. However, it is difficult to judge which one will prove more harmful in the long run. Erdogan’s dictatorial overtures are so overt and egregious that they represent a cautionary tale of how a democracy ends, and makes the omens of tyranny obvious to those who pay attention. Meanwhile, Trump’s twisting of facts—throughout his campaign and while in office— represent an insidious trend where free speech is nominally granted, yet is easily dismissed as false based on a whim or can be manipulated to suit an agenda.

In both cases, critical voices have emerged. Whether on the systemic or the societal level, however, a tacit acceptance of these circumstances as part of everyday business also seems to follow. Desensitization todays stands as a tool of tyrants; normalization, thus, menaces critics and supporter alike.

All is not lost, however. One country has emerged from the recent years with its reputation unscathed and its political record suspiciously bereft of overt scandal: Canada remains a bastion of decency amidst a world facing uncertain tides.

Unlike its southern neighbour, Canada enforces strict hate-speech legislation to prevent the spread of hateful propaganda or discriminatory messages.

If their leaders’ oration is any indication of their political approach towards speech in general, a comparison of Canada’s Trudeau and the America’s Trump demonstrates a painful difference: the calm, reserved manner of the former unambiguously contrasts with the bombastic braggadocio of the latter.

One could even conclude that speech legislation would be fitting. Yet in light of recent global developments where Turkey presents itself as the acme, one must also question whether allowing a government to paternalistically arbitrate what may and may not be said is such a good idea after all.

“I disagree with what you say, but defend your right to say it.”

As the idiom indicates, truth may sometimes be ugly and disagreeable, but it is a fair price to pay for a just and equitable political system. One may pessimistically wonder whether speech legislation, no matter how well intended, could be abused to stifle opinions which run contrary to a mandated government narrative. While it is vital to protect vulnerable social groups, current political trends demonstrate that democracy is a fragile concept that should take precedent.

The plethora of countries succumbing to dictatorships proves that as much as the “slippery slope” argument constitutes a logical fallacy, it does not invalidate its premise. While preventing incitement against vulnerable minority groups is laudable, it is worthwhile to assess alternative means of guaranteeing the dignity of minority groups, while encouraging healthy social discourse sans government intervention.

Though setting this middle ground will present a challenge in itself, a healthy educational system is the key to unlocking the door and easing the task. Establishing a common basis of critical thinking and discourse will allow societies to organically exclude truculent language and provoke those necessary discussions.

While this demands patience and a certain forbearance for opposing viewpoints, it is far more preferable than giving central authorities a foothold to wage a ‘war on words.’ 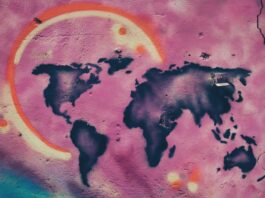 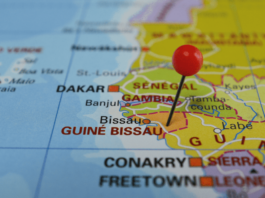