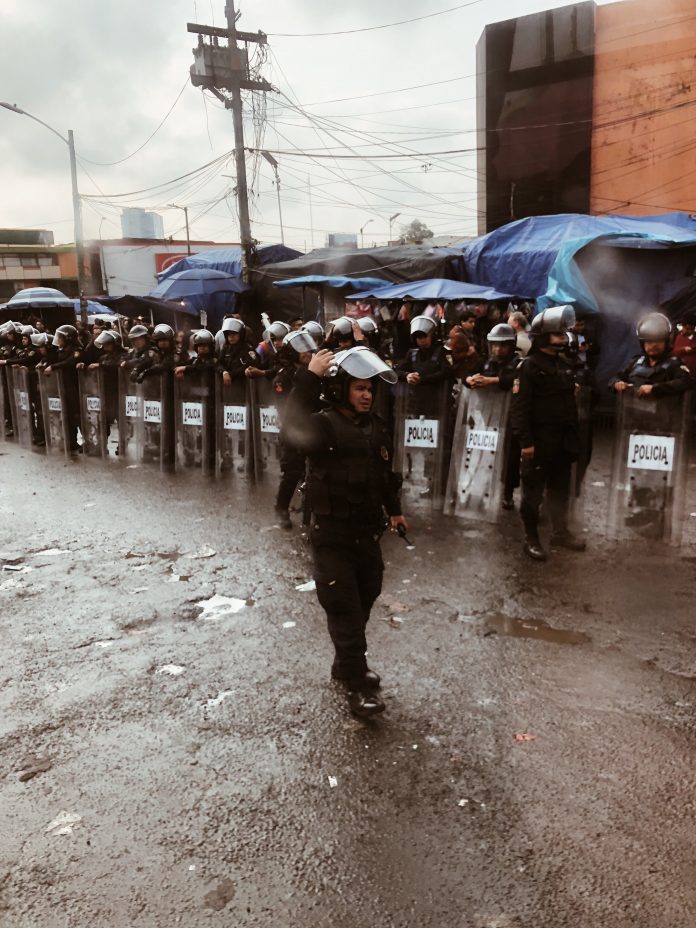 Throughout history political figures have used crises to gain political advantage; COVID-19 offers no exception to this.

“In moments of crisis, people are willing to hand over a great deal of power to anyone who claims to have a magic cure …” While Naomi Klein was speaking about financial meltdowns and terrorist attacks when writing this in “The Shock Doctrine: Rise of Disaster Capitalism,” the same concept applies to how governments are acting and more importantly how the governed are reacting in response to the COVID-19 crisis. Governments have introduced emergency measures to combat COVID-19 and while it must be noted that some initiatives are needed to withstand a global pandemic, we must also keep in mind that not all measures are created equal. Policies such as entering the National Assembly with the military must be distinguished from the typical stay-at-home orders and occasional state-of-emergencies. While examining the plethora of emergency measures imposed throughout the world, two countries stand out: first, El Salvador, whose young and charismatic leader – Nayib Bukele – has become increasingly authoritarian; second, in Hungary, Viktor Orbán’s long history as Prime Minister displays strongman tactics and preaching illiberal democracy. Both men’s tactical responses to COVID-19 suggest more ambition than flattening the curve.

Nayib Bukele was elected President of El Salvador on the June 1st 2019, becoming one of the youngest Presidents the Central American state has had. Bukele’s election turned the Salvadorian political arena upside down as it dislodged the two-party system that had prevailed since the civil war ended in 1992. There were high hopes from civil and human rights groups for the self-identified political outsider, but those hopes were rapidly dashed as his authoritarian tendencies became more evident. Roman Gressier, a translator for El Faro English who has worked extensively on issues regarding Central America, states, “One of the problems that emerged early on was his conception of the role of the military. Technically, the military should only be patrolling the streets during wartime, but one of the first things he did was create arrangements with the armed forces to allow them to go on patrol as if they were police”. Mr. Gressier continues by stating that the situation caused a big splash in the political arena, as it was reminiscent of “La Mano Dura”, or ‘The Iron-fist’, of the military dictatorship during the Cold War. President Bukele’s “Mano Dura” mentality manifested in what has been called “the darkest day for Salvadorian democracy since the end of the Civil War”: Mr. Bukele’s entry into the National Assembly with the military on February 9, 2020, in an attempt to force through his national plan to strengthen the role of the military, in order to clamp down on crime. In addition to the challenges to constitutional and political order in the country, Mr. Bukele has repeatedly attacked the national press. In relation to his [Mr. Bukele’s] confrontation with the press, Mr. Gressier states that as a populist leader with over 90% approval ratings, President Bukele’s rebukes of the press lead to long-lasting institutional damage to trust in the media.

In Hungary, Prime Minister Viktor Orbán may have put the last nail in the coffin of Hungarian democracy. The long-time leader of the Eastern European state, serving as Prime Minister of Hungary for a total of 13 years, has had a lengthy record of diluting Hungarian democratic institutions. Viktor Orbán has come a long way from a pro-democracy activist under Soviet Rule to a politician who is now introducing measures which would “kill democracy” as Věra Jourová, Vice President of the European Commission for Values and Transparency, stated in response to the Prime Minister’s COVID-19 measures. The primary concern with the measures introduced on March 30th revolves around the ceding of legislative power to the Prime Minister, who will be allowed to rule by decree.

To add insult to injury, the emergency powers do not have a sunset clause, meaning that these powers could become permanent. In addition to the near absolute powers given to the Prime Minister, the law has been criticized by civil liberties activist because of a provision which would punish those who spread false information about the pandemic with up to five years in prison. It is also a law which could potentially be used against news organizations critical of the government. While it is possible that the measures will not lead to abuse, Orbán’s record of putting pressure on democratic institutions and independent news sources offers us a cautionary tale. Additionally, despite being intended to combat COVID-19, these powers have been used for a plethora of other reasons such as changing labor laws, suspending EU data protection regulations, and placing state and private companies under military control. What makes the Hungarian case particularly concerning is the complete lack of a substantive opposition, meaning that the only person who can check the Prime Minister’s power is his own governing coalition, which holds a two-thirds majority in the parliament.

In comparing Prime Minister Orbán’s Hungary and President Bukele’s El Salvador, we see some similarities in their governing styles. Both leaders seem to have little regard for the institutions often associated with liberal democracy, namely freedom of the press, checks and balances, and constitutional order. The leaders are going down a particularly concerning path given the youth of these two democracies. Hungary’s first free elections were held in 1989, while the Salvadorian civil war came to an end in 1992. Considering democracies depends on credible democratic institutions and traditions, it is quite dangerous that these two leaders are damaging the institutional cornerstones of the democratic order in their respective countries. We must not make the mistake of assuming that these two countries are alone in their turn to illiberal democracy; we see the same patterns in Poland, Czechia, Honduras, and Guatemala, among others. Movements preaching illiberal forms of governance are also gaining strength throughout Western Europe; we have seen Mateo Salvini’s Lega in Italy and Marine Le Pen’s Reassemblement National in France grow significantly in popularity in the last couple of years. In these turbulent times we cannot give power to people who offer to have the magic cure to all of our problems, as these snake oil salesmen will inevitably disappoint, or worse, lead to a breakdown of democratic order in their respective countries.