Home Opinion Africa Means Business: Why the Chinese Debt-Trap Diplomacy is a Sham 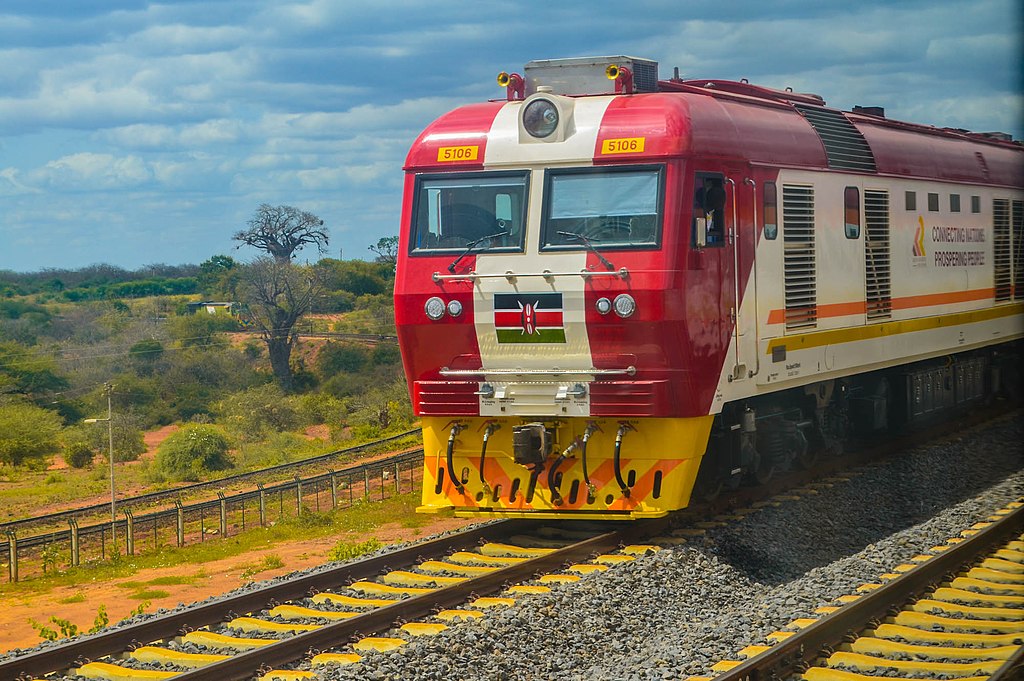 China’s debt-trap diplomacy narrative has become conventional wisdom, notwithstanding its striking lack of merit. Mr. Trevor Noah, host of Comedy Central’s The Daily Show is guilty of spreading this propaganda. On 16th of December 2021, he lousily attempted to tackle China-Africa relations in an episode christened “Why China is in Africa, If You Don’t Know Now You Know.” The underpinning discourse in this episode was the tedious rhetoric of China’s intentions to subjugate Africa through lopsided economic relations.

Mr. Noah’s satirical show has a significant following in America and beyond, especially among young people who prefer to consume international affairs in a humorous way. As such, its relevance as a medium of educating the masses cannot be gainsaid. Whereas part of the audience was pleased to learn a few things about Africa’s economic affairs, the African audience took to platforms like Twitter and YouTube to express their discontent. The majority of them criticised Mr. Noah of peddling a myth to appease his seniors at the cable network. Ostensibly, the tweeps were not only baffled but also disappointed that Mr. Noah—a man of South African descent— had such a poor grasp of Africa’s economic affairs.

Although Africa’s wealth in natural resources is immense, the continent has barely leveraged this endowment to leapfrog economically, yet it has served the rest of the world as a prime fruit basket.

In the past decade, many African leaders have prioritised a development agenda centred on massive investment in infrastructure projects. One of the fundamental basics for such development is good infrastructure as it boosts national productivity, leading to growth in general output. Consequently, many countries have embarked on addressing this gap, particularly in the key sectors of transport, water, and energy. For instance, according to a report by the World Bank, Africa has an average of 204 kilometres of roads per 1,000 km2, trailing the rest of the world by massive proportions. The impact of poor infrastructure has been heavily felt in sectors like intra-African trade, which amounts to a dismal 17% as compared to regions like the European Union with a whopping 69% of internal trade. Therefore, the rate of success for ambitious projects such as the recently unveiled African Continental Free Trade Area (AfCFTA), heavily depends on the level of connectivity between African states. For example, although Kenya and the Central African Republic (CAR) are not situated far apart, goods from Kenya would have to leave the port of Mombasa, traverse both the Indian and the Atlantic Ocean to access the CAR through Cameroon, which is on the other side of the continent.

Unlike post-war Europe, which benefited greatly from programs such as the Marshall Plan to rebuild and develop with minimal interference from the US, Africa has been dealt a more complex hand. For the longest time, international financial institutions and the Western governments that control them have dictated the terms on how Africa should run its economic affairs. This patronising relationship has been embodied by the Bretton Woods Institutions and their infamous Structural Adjustments Programs (SAPs) in the 1980s and 1990s, which impoverished the continent instead of advancing its economic welfare.

Data from the UN Conference on Trade & Development (UNCTAD) demonstrates that this era was marked by consistent economic decline, a sharp contrast from the rapid growth witnessed before. These policies forced on the African people emphasised austerity and conditionality to African governments for them to access financing. As a result, sectors such as education, healthcare and development took a hit, revealing that it is the most vulnerable who had to pay for these heavy-handed policies. In fact, the UN international Children’s Emergency Fund (UNICEF) issued a warning call in 1987 pleading for an “adjustment with a human face,” illustrating how inhumane the policies were. Not only did SAPs cost people their future prospects but sometimes even their lives. If Africa were George Floyd, these SAPs would be Derek Chauvin – a cold-hearted killer of an innocent man. Worse still, the climax of this époque commonly referred to as “Africa’s lost years,” was a debt crisis. Low productivity led to the accumulation of unsustainable debts which had to be forgiven under the Highly Indebted Poor Countries (HIPC) program. It is an open secret that these same institutions, which present themselves as a Messiah, led Africa to the pits from which it is slowly but surely emerging.

With the rise of China, Africa has found an alternative partner. Luckily, this partner comes with no strings attached. President Uhuru Kenyatta of Kenya, while inspecting a newly built oil terminal in the company of Chinese Foreign Minister Wang Yi, stated that what Africa needed was partnerships based on mutual respect and that “Africa does not need lectures.”

For a while now, China has been accused of “debt-trap diplomacy,” an allegation that it is using the Belt & Road Initiative (BRI) as a tool to advance its geopolitical interests, particularly by advancing unsustainable debt to developing countries. Mostly to scare African countries, a story is told of the Sri Lankan port of Hambantota, which was surrendered to a Chinese firm after the Sri Lankan government was unable to fulfil its debt obligations to China. This cautionary tale has been a favourite for some Western leaders, including the disgraceful ex-President Trump. Ironically, it is the best illustration of fake news. Even though the media has repeatedly aired this story, it has failed to highlight the following elements: the Concessional Agreement was not a debt/equity swap arrangement (substituting the debt for ownership of the port); the government of Sri Lanka actively solicited for the project; and the total Sri Lankan sovereign debt to Chinese debt ratio was not a cause for alarm. These three elements are indispensable in understanding similar economic Sino-African partnerships. There has been no seizure of vital infrastructure by China in Africa thus far.

The ignorant must be reminded for the umpteenth time that Africa is not a country, but a continent made up of fifty-four states with varying circumstances. Merely because some countries have alarming debts with China, it is lazy to generalise that Africa faces a Chinese debt menace. In fact, a country like Kenya—having been criticised heavily for depending on Chinese financing—recently revealed that the Bretton Woods Institutions are back at the helm of the lenders list, ahead of China. Clearly, it is only “debt-trap diplomacy” when China is involved but ‘sustainable development partnership’ when it is the West.

Upon realising that Africa is taking charge of its own destiny and ignoring the naysayers, Western countries have decided to stop whining and walk the talk. In the February 2022 EU-Africa summit in Brussels, the EU unveiled the Global Gateway, a plan aimed at investing in infrastructure development around the world. This came after the G7 initiative, dubbed “Build Back Better World (B3W),” was initiated in 2021 with the overarching objective of countering China and the BRI. Truly, if you cannot beat them, join them.

Mr. Noah only got one thing right: no one truly cares about Africa. Foreigners would wish that Africa remains an extraction site. African leaders should take note of that and avoid being bought for thirty pieces of silver. Moreover, Western media is particularly notorious for misleading news about Africa which mostly depicts impoverished communities, malnourished children (mostly with flies on their faces), terrorist incidents, and migrants crossing the Mediterranean. Rarely are the positive aspects portrayed—aside from clichés like wild animals and safaris in the Savannah. Mr. Noah should do better by leading the way in telling accurate stories about his continent of origin. Africa has a lot to offer and, most importantly, Africa means business.