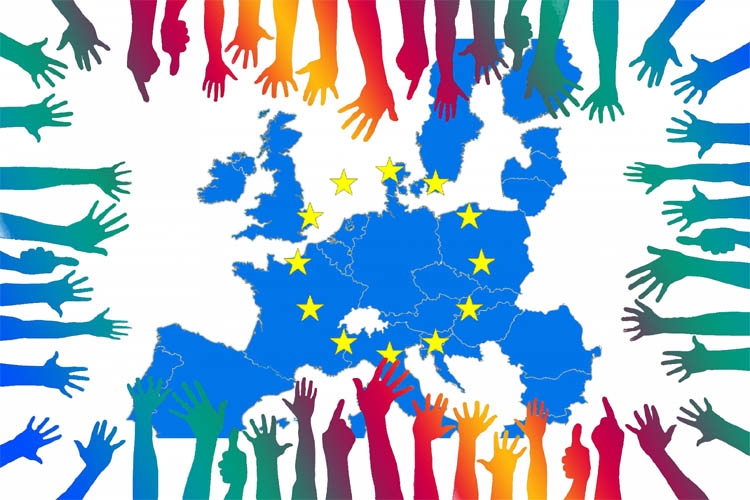 When Emmanuel Macron triumphed in the May presidential elections in France, his victory became a symbol of a new refusal to the populist radical right in Europe.

The proof was in the results. Macron, an independent party candidate with a clear pro-European standpoint, won the French Presidential Elections in May against nationalistic candidate Marine Le Pen, with a margin of 66.1% to 33.9%.

Yet the re-emergence of the populist right is not just a problem in France, nor one that’s occurred solely in recent months. Its spread has been seen across Europe whether that’s Frauke Petry (Alternative für Deutschland) in Germany, Geert Wilders (Partij voor de Vrijheid) in the Netherlands, or Heinz-Christian Strache (Freiheitliche Partei Österreichs) in Austria.

What unites them all is the point of view that Europe – whether politically, socially or economically – is under attack. In order to protect us from the threat, their solution centers around the politics of identity concept.

This philosophy breeds a reactionary course, as they are convinced that a step backwards in our social development is possible and desirable. Their policies are also based on the prolonged belief that a glorious past of clear hegemony was better for the development of a country than a global equilibrium.

They constantly take a clear stand against “the elites,“ globalisation, migration, the welfare state or other religions.  In return they talk about race, blood and honour. They say it would be best for their own countries to withdraw from the internationally intertwined world stage.

“The EU is deeply harmful, it is an anti-democratic monster,” Le Pen said in a 2014 interview with Spiegel. “I want to prevent it from becoming fatter, from continuing to breathe.”

According to Le Pen and her fellow European populist politicians, a country‘s happiness lies in framework of nationality, regionality and locality and they are the only ones who can deliver a model for a perfect society.

“We have imposed the terms of this election,” Le Pen told the Associated Press in May just before her defeat. “Everyone has been talking about nationalism. Our power is such that we have managed to restructure political life.”

Nevertheless, their approach always has an elementary disadvantage! Those who want to change things in such a radical, abrupt way always appear dangerous to others. Mankind is typically cautious and suspicious when someone comes along with final solutions to individual and societal problems. Instead, political movements which offer optimization rather than radicalization appear more trustworthy.

The ultimate political movement then is the European Union which stands as a bulwark against extreme nationalism. The EU is the important preserver of our highly successful status quo, with human rights, workers’ rights, equality under the law, right to a fair trial, tolerance and solidarity as core values. No one is left in the rain.

This remarkable society concept should only be improved, if the facts clearly indicate that there are feasible advancements which would add further value to daily life. Therefore the populist radical right, which threatens to throw EU values overboard, cannot be seen as the answer to our problems.

Curtailing the freedoms of others in order to secure power and status can never be the moral and sustainable solution. History has shown us, that human beings are – thank God – not willing to be deprived of their liberty and dignity for long.

Yet Macron’s win, though a victory for France and the EU, is just the first step. Populism will continue to challenge us in the years ahead.

We have to make up our minds about politicians and institutions that want to undermine our liberal, democratic order. We cannot compromise on the pillars of tolerance, fairness, respect, and equality under the law.

We must now, more than ever, respond with respect, liberty, development and sustainability, in contrast to radicality and uncertainty; Elements which absolutely contradict our entire philosophy of our liberal world order, and cannot bring society forward!

One thing is clear, if we allow one of the biggest success stories of the modern age to be destroyed, we cannot easily press the reset button! A united Europe is the most successful project for freedom, peace and prosperity in world history.

And as it is more than the sum of its states, we can defend its values only with a strong, common voice. The battle is just beginning. Let us not destroy this idea by populism.

The treaties of Rome may not be eternal, but the soul of Europe remains immortal!