Home Opinion Campus Inquisitions and Violence from the American Left 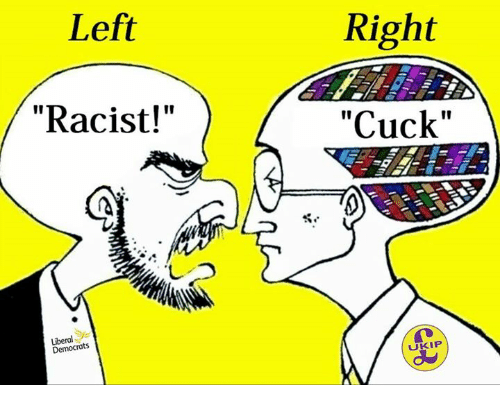 The chanting echoed around the Athenaeum at Claremont McKenna College – “We are here to shut down this fucking fascist!” – as nearly 250 protesters shoved past police officers and formed human walls to block entry to the building.

Amidst the commotion, distinguished author and journalist Heather MacDonald was shuffled out a back door, into a van, and whisked away to the police station.

A bizarre scene of chaos and fury, that has become tragically unsurprising whenever a conservative is scheduled to give a lecture at an American college campus – anything which threatened to step outside the leftist college orthodoxy.

Heather Mac Donald is a secular conservative, whose talk was to include critique of the Black Lives Matter movement. She planned to promote campus discussion about the role of police in American society.

The reaction was so virulent, and the protest so intense, the event was effectively cancelled halfway through as campus security had to spirit MacDonald away to a different location where a shortened version of her talk was live-streamed on the campus’ website.

Over the past several years, college students, faculty, and administrators in the United States, Canada, and the UK have begun rejecting long-established and respected norms of freedom of speech and the peaceful, disciplined exchange of ideas.

The pattern has also established a growing hostility toward any person or idea considered outside the current campus orthodoxy.

This trend is not just students exercising their right to peaceful assembly to protest KKK Grand Wizards or goose-stepping Neo-Nazis. It’s something closer to a moral panic, fueled by hyperbole and hysteria, where students – abandoning all traditions of decorum in political debate – scream epithets and hurl accusations of racism, sexism and bigotry to shut down speakers whose views they disagree with.

Those denied platforms are often scientists, psychologists and authors, accomplished intellectuals or public figures whose voices by any standard measure are worthy of consideration.

The  students claim their protest is justified, because the speaker would engage “hate speech” or represent dangerous ideas that have no place on campus, that infringe on campus “safe spaces”. They are infringing on nobody’s right to speak, they say, because hate speech is not covered by the 1st Amendment.

Herein lies the problem: that what constitutes hate speech now rests entirely in the mind of the accuser, utterly lost in a whirlwind of meaningless accusations.

McDonald’s talk with its planned critique of BLM was thus a case in point: Nothing in her speech, or her previous work, constituted hate speech, or made her a “fucking fascist.” It would, however, have offered a counterpoint to the orthodox campus view that certain movements or ideas are not to be challenged.

The most infamous example is perhaps the violent protests at Berkeley preceding the planned talk by Milo Yiannopoulos, former senior editor of Breitbart News. Molotov cocktails and pepper spray were involved.

These increasingly aggressive protests aren’t the work of a handful of off-campus radicals. These are the work of current students, and data shows that college students care less and less about free speech. Increasingly, they find it more important to be shielded from ideas that they disagree with.

A 2015 poll by the Higher Education Research Institute at UCLA showed that 71% of college students believe that colleges and universities should prohibit racist or sexist speech on campus – a record high since polling began in the 1960s.

The problem is compounded by the now-lost definition of what constitutes racist or sexist speech. Charles Murray, author of the seminal 1994 book The Bell Curve, was hounded out of a talk at Middlebury college, by protests so severe that he was forced to change venues.

En route to the second location, the coordinating professor, Allison Stanger was injured so badly by student protesters, she had to be hospitalized.

The grounds, in any event, are hard to understand: Murray’s book, now over 20 years old, was an influential analysis of intelligence differences across demographics and warned against new social stratification based on IQ.

Student opposition to dissenting ideas is increasingly portrayed not in reasoned debate, but over megaphones, in “denying platforms”. Even if Murray were to present views the students and some faculty found despicable, the only defensible – or even interesting – response would be to address his views through dialogue.

Students could also, of course, just stay home. Shouting down speakers, attacking faculty, and lobbing firebombs are not viable solutions.

As scientist and philosopher Sam Harris noted: “The minute you resort to violence, you are on the wrong side of the issue.”

The trend has potentially disastrous consequences. As collaborators, universities contribute to enable a generation that places no value in peaceful discourse, in resolving differences through debate and dialogue. Or even in logic itself.

This will be a generation who believes they can define anything unpleasant as hate speech, and deny respectful consideration to people and ideas that differ from their own.