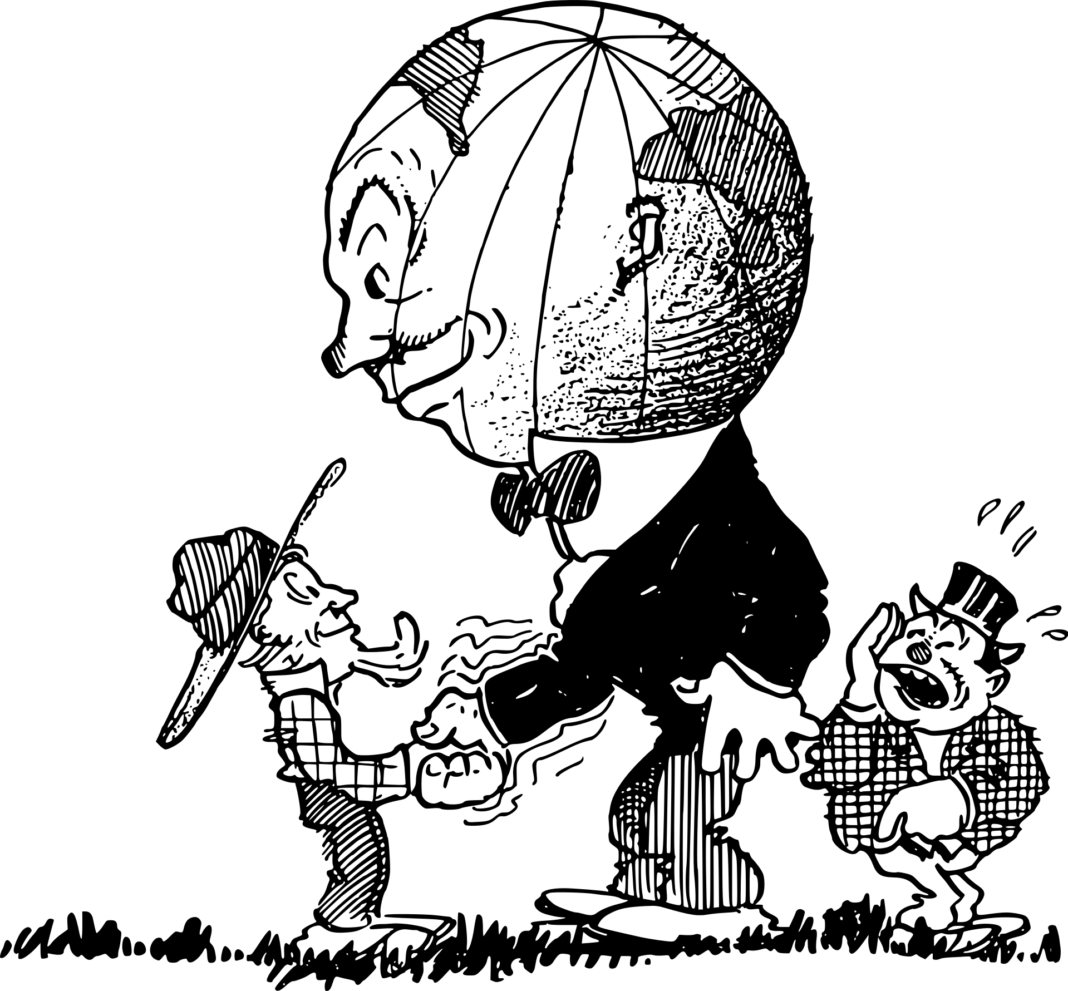 Recently the New Yorker published a documentary on the almost-forgotten Ken Bone. In it, both Mr. Bone and the public come to terms with why he exploded into an emblem of the average American. Four years ago, during the second 2016 US Presidential debate, Mr. Bone asked a question. Overnight his image went viral.

Most Americans could not tell you what question he asked (it concerned energy policies), but they could tell you what he looked like. He fit into the imagined ideal of a Midwestern working-class man. He was soft-spoken and rational compared to the two Presidential candidates who were both screaming at each other and into their microphones on stage. He wore a warm red sweater and had round features that made him seem non-threatening and kind. Americans around the country saw something of themselves in him.

In 2016, many Americans did not relate to either Hillary Clinton or Donald Trump. They could, however, imagine themselves on the sidelines, small and childlike, looking up, unsure of who represented them best. The average American does not relate to our contemporary presidential candidates because a vast class barrier exists between the voters and the elected.

This phenomenon was relevant again during the 2020 election because, once again, we had two candidates who did not represent a majority of the population—Donald Trump and Joe Biden. We are not discussing the political perspectives of these two candidates. People liked Ken Bone’s essence—his “everyman” feel. No one talks about Ken Bone’s politics. His fans did not write to him because he was a Republican or a Democrat. He received hundreds of fan letters because people identified with who they believed him to be.

This is the ideal of authenticity, of having commonality with politicians and one of the crucial aspects missing in modern US candidates. The US public looks at our elected officials as “the 1%, the elite, the sell-outs.” All of which is “the other” and disregards any real truth to the matter. People do not care about a politician’s full biography, but rather about how their character seems to be now in their current office or campaign. The issue is that we share no personal connection to our leaders.

Trump and Biden both try to sell themselves as the middle-class “everyman.” An effort in which they are both unsuccessful. Trump is liked by average-Joes not because their lives or backgrounds are similar, but because he says the things they want to hear but do not dare to voice themselves. He seems so unlike the other politicians in his manners, speech, and ideas. So, even if his wealth and education should put him in the “top 1% category” like other politicians, he remains outside it. They would love to have his life, perhaps, but they don’t imagine that they do.

Biden repetitively brings up how he came from a struggling family, born in Pennsylvania and forced to move to Delaware when his father lost his job. He talks about how hard he had to work to become who he is. It is true. He did fight, in every sense of the word.

Yet, at the end of the day, what the American people see is an elderly white man who is well-educated and well-off, speaking down at them, trying to relate. He fails miserably. He is trying to make his past relatable, while the public seeks relatability in the present. Both candidates’ attempts at playing the common-man come off as fraudulent and inappropriate. Their brazen tales of personal woes disrespect the voter.

American people know that neither Trump nor Biden know how much milk costs in their local supermarket, or what it means to worry about losing your rental lease during hard times. They cannot relate to the candidates’ lifestyles or even fully understand it. But they don’t have to.

People don’t actually want Ken Bone to be president. Being relatable is not the principal qualification for a public election. Most Americans do not consider themselves the most eligible to run the country. They rationalize that there may be more qualified people for the job.

People like those who are similar to themselves because it may mean that there is mutual understanding. This understanding can signal trust. But it is not the most vital qualification a leader needs.

Though highly educated and prosperous by the time of his first election, Obama was the last candidate we had that garnered this kind of relatability. Obama was black, young, thin, and soft-spoken. He did not look like the “fat-cat” typical old white politician. But what mattered most was that he seemed to have genuine respect for every American citizen.

In Obama, there was a sense of striking innocence and kindness that everyone also loved in Ken Bone. Unlike Trump and Biden, Obama did not try to portray himself as relatable. He was relatable. Yet unlike Bone, Obama also demonstrated a strong capability. More than that, he promised the common man hope. He told the middle-class that he knew their problems, that their troubles needed to be solved, and he had the solutions.

Relatability does not make a worthy presidential candidate. However, portraying yourself as relatable, when in fact, you are not, necessarily fails. Presidents do not have to be American’s “next-door neighbor,” but they have to understand what the average American’s problems are.

Future candidates should stop the pandering of thin and transparent “I grew up in a working-class family” rhetoric. Instead, they should focus on policy that transcends the socio-economic divide. Desperately trying to be relatable by being someone they are not, causes one to fall victim to the Ken Bone phenomenon—standing juxtaposed with a figure who is genuinely relatable.