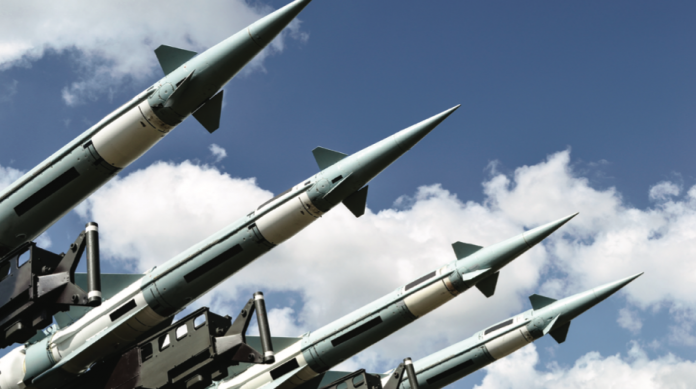 Throughout its 70-year-long life, it is doubtless that NATO has been pivotal in ensuring the quality of life and security enjoyed by most of the world. Cooperation between the UN and NATO achieved what Jens Stoltenberg, Secretary-General of NATO, described as “the UN-led world order,” which has provided peace and security both in the West and beyond. These international organisations, however, face difficulties as their many failed undertakings reveal severe institutional insufficiencies that must be mended if they wish to persist as keepers of the current world order.

The recent Turkish invasion of Syria displays the inadequacy of the current world leaders. By stepping aside and allowing one of its members to invade the region, NATO failed their Kurdish allies. This is only the most recent in a series of failures by NATO; failures which more often than not are shared by the UN. The lack of response to crises in Yemen, Ukraine and Venezuela obviously indicates how little the West is prepared to do for stability and peace in the world today. Rather than condemn the aggressors and intervene against them, these institutions consistently choose the appeasement of regional bullies, an attitude eerily resembling the atmosphere in 1930s Europe.

Passivity remains a serious problem; however, NATO consistently fails even in instances when they take action, demonstrated best by the NATO intervention in Libya in 2011. NATO showed what can only be described as irresponsible and careless disregard for human life, as well as a clear lack of coordination throughout the military intervention. Furthermore, the severe miscalculation of the situation on the ground was strikingly evident. Protecting the Libyan people from the Qaddafi government motivated NATO’s intervention, which was condoned by the UN Security Council. They initially established a no-fly zone; yet, the situation quickly evolved into a large-scale bombing campaign which resulted in an estimated 30,000-50,000 deaths and the destruction of vast amounts of infrastructure.

NATO characterised the Libyan intervention as a success, a “historic victory for the Libyan people,” despite the fact that seemingly aimless bombing raids caused the death of at least 72 civilians: a fact NATO refused to acknowledge. During their investigation, Human Rights Watch discovered no evidence of a military target in some raids, suggesting that some of the bombings were executed at random, without proper consideration. Only one of eight bombings where civilians were killed showed evidence beyond reasonable doubt of any military equipment or personnel. Adding insult to injury, NATO adamantly neglected responsibility for the civilian casualties. Furthermore, NATO failed to ensure lasting peace in the country, as a civil war still rages at the time of writing.

Examples of NATO’s recurring incompetence are not limited to Libya. This is evident in the case of “Operation Allied Force,” the military intervention against Yugoslavia in 1999. Michael Mandelbaum, a professor at Johns Hopkins University, referred to the intervention as “a perfect failure,” referring to how it ended with almost the exact opposite results of what NATO aimed for. The war mainly resulted in continued uncertainty and conflict in the region; and a worsening of relations with non-NATO forces.

Of course, military intervention, even if well-intentioned, can’t always succeed. Nevertheless, an organisation that boasts considerable political influence and the most sophisticated military equipment on the world stage should operate with sound information and intelligence. This is of course important when taking into consideration the geopolitical risks that military intervention entails, and even more so when civilian life is at stake.

It is comical that Secretary-General Jens Stoltenberg referred to NATO as a protector of “the UN-led world order,” as the seeming indifference towards humanitarian crises characterises the UN Security Council in the same way it characterises NATO. The Big Five’s undeniable inability to, or perhaps disinterest in, intervention towards crisis-stricken areas endures. Neither the UN nor NATO seems to have any real interest in saving the lives of the estimated 17 million Yemenites at risk of starvation, nor mitigating the severe malnutrition of Venezuelans, an estimated 2.3 million of whom have fled the country to avoid starvation and political prosecution.

Again, we see this familiar pattern in Syria. Amnesty International reported that the Turkish military advance almost immediately resulted in war crimes committed against the Kurdish people. It was not the UN nor NATO who managed to bring an end to these atrocities, but rather the swift entry of Russia. Vladimir Putin undoubtedly saw the unruliness of a NATO member and the betrayal of a NATO ally as an opportunity to further Russian interests in the region.

To many, it may seem like Russia has adapted more successfully to post-Cold War geopolitics than NATO. Its sphere of influence seems ever-increasing if the recently strengthened ties with Turkey serves as any indication. Their entry into Syria positioned Russia more favourably than NATO and severely damaged NATO’s reputation in the region. Meanwhile, the West stands by, passively watching the world fall into disarray. It still chooses to appease rather than intervene.  When the Nazis invaded Sudetenland, Britain’s Prime Minister, Neville Chamberlain, described the situation as “a quarrel in a faraway country between people of whom we know nothing.” His spirit of nonchalance lives on in today’s world leaders.

Those wandering around prestigious headquarters and meeting rooms in Brussels or New York, dressed in expensive suits to prove their importance, decide the fate of people in crisis. They possess the power to intervene, offer relief and maintain peace and security in crisis-stricken areas. It is of uttermost importance that these people come to a long-awaited realisation: If the current world order is to persist, the important people in suits need to “quit their bullshit” and take action.