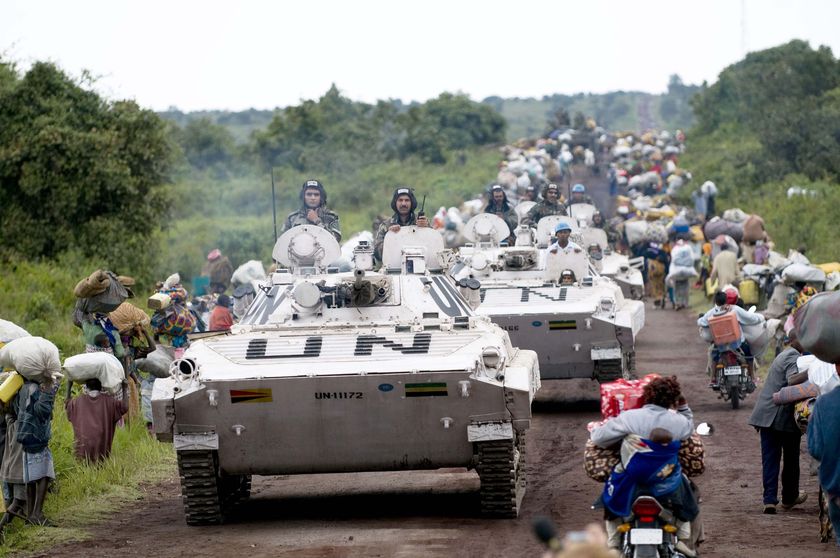 UN Peacekeeping missions have their flaws and problems, which is a fact that nobody can deny. The organization is weakened by administrative problems and the crimes committed during its missions cannot be excused. The task of resolving these issues should be taken seriously. Nevertheless, in most conflicts, international intervention is necessary to bring the matter to the least damaging end possible. The mediation power of the UN is unattained by any other international organizations and the UN is the only one with no self-serving interest in the different regions. However, the serious incidents of the last years leave a bitter taste in the mouth when it comes to peacekeeping, a matter to be tackled immediately.

In my personal opinion, Western countries should support UN Peacekeeping not only indirectly through financial support, but also directly, by contributing to the missions with their own soldiers. Deploying well-equipped and well-trained troops would help to make the security part of the concept more efficient. Moreover, we should keep in mind that there can be no peacekeeping when there is no peace to keep. It is very easy to criticize the UN, but the organization is always bound by the will of its member states. Thus, primarily our national governments are the actors to blame in this issue.

While the intentions behind UN peacekeeping operations are laudable, one cannot ignore that there are practical realities hampering their effective execution. This is not an effort to belittle the men and women who actively put themselves in danger, but is instead a critique of the current institutional and operational framework. Standardized pre-deployment training and stricter legal repercussions for delinquencies would mitigate some of the sexual assault scandals, while also reducing operational inefficiencies.

Finally, having a more equitable distribution of manpower between UN members would speak volumes towards international solidarity. Letting richer nations pay the peacekeeping costs while poorer nations provide (often poorly equipped) soldiers does not exemplify a commitment to cohesion in the face of adversity.

Ultimately, while peacekeeping operations have had some successes, they must learn from their failures if they are to become an effective and reliable guarantor of international security.

One indisputable failure of UN peacekeeping missions is the growing number of sexual abuse cases. These missions create moments that allow the perpetration of such atrocities. Not even the goal of peace could justify or repair the irreversible harm that has been done to the victims of sexual abuse. Instead of fostering peace and security, many UN soldiers have exploited the vulnerability of the very human beings they have been sent to protect.

The UN’s silence in the face of this vile reality is not only an embarrassment, it’s a disgrace. It is even more problematic that the adjudication of sexual abuse allegations has been left to the troops’ countries of origin, considering that these nations’ investigations are extremely weak. They only swell the wave of shameless impunity. Peacekeepers can abuse and rape women, men and children and get away with it. They can rape the trust of these exposed individuals and pervert an already  damaged peace.

With the end of the Cold War, UN peacekeeping missions awoke from the deep slumber the UN Security Council had plunged them into. After early successes, they were soon used as a miracle cure for every conflict, leading to the dramatic failures of Somalia and Bosnia. Trust in the system evaporated: by 2000, the number of peacekeepers had dwindled to a fifth of its maximum of 1993. Yet the number of missions and peacekeepers rapidly recovered and are now both at an all-time high. Unfortunately, this comeback is not the consequence of substantial reforms. While progress has been made in granting peacekeeping missions more robust mandates, major weaknesses – unprepared troops, little legitimacy and widespread abuse – still plague the system. The real cause for the recent surge is that there is no viable alternative to UN peacekeeping. A flawed tool is still better than none at all.

Debating about peacekeeping was incredibly challenging. Taking into account the cholera outbreak in Haiti or the cases of murder, rape and money laundering in the Balkans, it is hard to argue in favour of peacekeeping. At some point, the questions will arise: is peacekeeping actually a good thing and do we really believe in it? We certainly do, to a certain extent, but then the next spectacular failure gets revealed and our views are shaken once again. It helps a lot to think of what former UN Secretary General Dag Hammarskjöld once said: the UN was not created to take mankind to heaven but to save humanity from hell. It is true that we, the international community, cannot simply stand aside and see atrocities unfold. Looking away has never made anything better.

It is true that the procedures in UN missions are lethargic and lengthy. This is mainly due to the very bureaucratic environment of the organization. Compared to NATO or EU military missions, they lack efficiency. In my experience, there are two reasons for this: first, the military decision making process at all echelons, notably at the strategic level, is much faster in NATO and EU. This is the case, because those organizations have fewer members and thus fewer different interests. Second, the interoperability is at a very high level because all troop-contributing nations work according to standardized NATO procedures. Nevertheless, this does not mean that UN peacekeeping missions are useless. In fact, the opposite is true, because they always promote peace and stability. Their biggest asset has always been impartiality. This cannot be said about operations by military or regional alliances. Additionally, I appreciate that the UN has apparently learned from its mistakes in the 1990s and is currently conducting multidimensional operations with a strong mandate and well-equipped troops.

Nowadays, many people tend to argue that there is a lack of effectiveness behind UN peacekeeping operations. Even more tend to criticize the international institution for selectivity of responses and politicized functioning. If you hold the same opinion, I would ask you to think for a minute: if we blame the UN for its inadequate functioning, why then, for more than 70 years of the organization’s existence, couldn’t countries have come up with a proposal for a better institution? Of course, there are several cases where the United Nations failed to provide a solid response to humanitarian crises, but why should it completely overshadow the positive examples of Burundi and Sri Lanka? My opinion is simple: nothing is perfect, and we should be grateful for what we have.