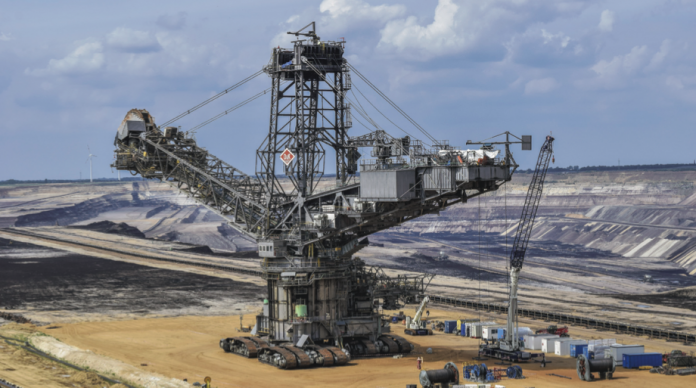 In the developed world, Australia is one of the most vulnerable countries to the effects of climate change. Despite this, the IMF, amidst an ongoing trend of international condemnation, reported in October of this year that Australia would fail to meet its emissions reduction targets if policy changes were not made.

Under the Paris Agreement, the current conservative coalition government led by Prime Minister Scott Morrison is committed to an emission reduction target of 2005 levels by 26 to 28 percent  before 2030. Contrary to both domestic and international criticism and to the fact that Australia’s emissions have risen each year since 2015, Morrison is adamant that Australia is on track to meet this target.

International attention focuses largely on the endangered status of the Great Barrier Reef, but the growing threat to biodiversity on both land and sea is only one of many problems. A marked increase in the frequency and severity of natural disasters, such as droughts and bushfires, threatens both human and animal populations, as well as the country’s water supply and largely self-sufficient agricultural output. Furthermore, with more than 90 percent of Australians living within 100 kilometres of the ocean, rising sea levels are creating a costly burden on the maintenance of coastlines.

Considering this and the myriad of other issues, one might assume that Australia should be leading the developed world on climate policy. The recent May 2019 federal election was billed as “the climate change election.” Projections showed that Australian voters would elect into power the centre-left Labor Party, who were expected to tackle the issue. Instead, the Coalition retained power, winning by a slim majority.

A major issue for the past several years in Australia’s climate debate has been the potential approval of the construction of the Adani Carmichael coal mine in central eastern Queensland, clearly exhibiting the ongoing struggle between the conservative tagline of “jobs and growth” and the more environmentally conscious political left. This is one of the country’s largest ever mining projects, which at peak output was expected to produce 60 million tonnes of coal annually, increasing Australia’s thermal coal exports by one quarter. Beyond these economic benefits, regional Queensland voters were convinced by the promise of thousands of new jobs. In June 2019, the Queensland state government approved a scaled-down version of the project, dealing a significant blow to environmentalists in this ongoing saga.

The Climate Council, one of Australia’s leading independent environmental authorities, has stated that the project cannot proceed if the government is serious about tackling climate change and protecting the environment. Beyond the obvious impact on carbon emissions, a major issue is the mine’s proximity to the Great Barrier Reef, already severely under threat by rising sea temperatures. Critics also argue that it could contaminate the Great Artesian Basin, which stretches over 1.7 million square kilometres and is the only source of freshwater for much of inland Australia – particularly concerning with the current drought.

The Department of Environment and Energy stated in its 2018-19 Annual Report that Australia was on track to meet its 2020 emissions reduction target. This was attributed to its Emissions Reduction Fund, National Carbon Offset Standard and the Renewable Energy Target, which aims for 33,000GWh of Australia’s electricity coming from renewable sources by 2020, and has in fact already been surpassed.

Prime Minister Morrison claims that his government is taking “sensible, responsible action on climate change, without damaging [the] economy.” However, Australia continues to have some of the world’s highest  emissions of carbon dioxide per capita. With 0.33 percent of the world’s population, Australia contributes seven percent of all global fossil fuel exports by carbon dioxide potential, placing it third in the world, behind Russia and Saudi Arabia.

Effective or not, Australia’s climate policies have drawn widespread international criticism and strained its diplomatic relations with historic allies. In July 2019, nine Small Island Developing States in the Pacific, most of whom rely heavily on Australia for aid and trade, signed a declaration formally criticising its climate change commitments. New Zealand Prime Minister Jacinda Ardern warned in August 2019 that “Australia has to answer to the Pacific” on climate change. The OECD stated in its 2019 Environmental Performance Review of Australia that “it is one of the most resource and carbon-intensive OECD countries, and the state of its biodiversity is poor and worsening” and called on the country to intensify efforts to meet its 2030 emissions goal.

Considering that Australia’s wealth is largely built on its rich natural resources, Morrison’s desire to protect the economy by continuing to support the fossil fuel export industry is unsurprising. According to the Australian Bureau of Statistics, the coal industry in 2016-17 provided 47,000 direct and 120,000 indirect jobs, with total coal exports valued at $54 billion.

The government claims that Australia’s future prosperity is largely dependent on “sensible” emissions reduction targets along with continued support for the fossil fuel industry; but the country may in fact be in a unique position to prove that meaningful climate action and economic growth are not mutually exclusive objectives. Australia has vast and largely untapped renewable energy sources, including geothermal, solar, wind, hydro and bioenergy. Recent figures show that a transition is underway: renewable energy is growing ten times faster than the world average per capita. If this pace continues, clean energy is set to provide 35 percent of Australia’s electricity needs within two years and 50 percent by 2025.

Australia now finds itself in the early stages of a promising renewable energy boom. However, at the same time it is suffering continued international criticism for its modest emissions reduction targets in comparison to other developed countries and its continued reliance on fossil fuels for energy production and export. Despite being late to the game, Australia could become a world leader in meaningful climate action. The next few years may determine whether it will fulfil that potential.