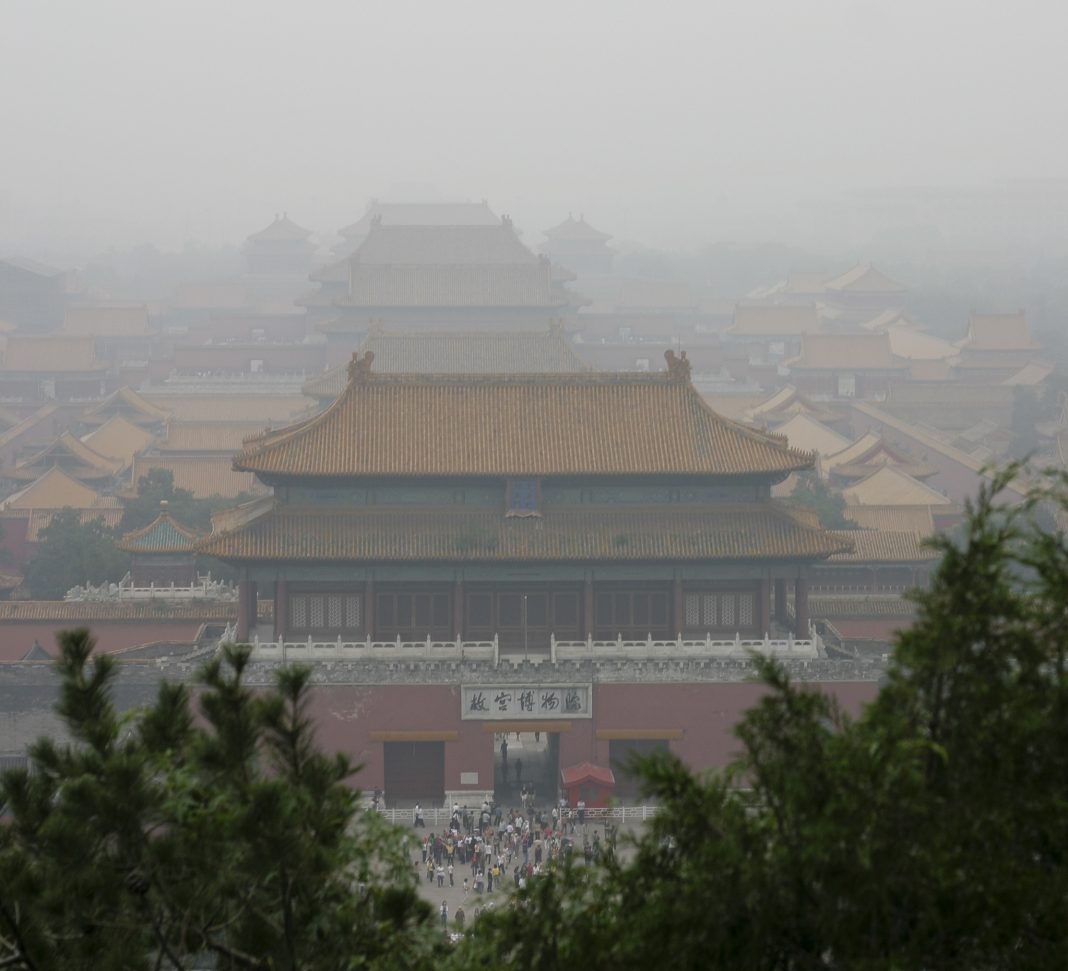 China’s rapid economic development, paired with its increasing energy consumption, has posed one of the country’s largest challenges for achieving sustainable development. The difficulty in reconciling staggering development with sustainability is exacerbated by the China’s significant dependency on coal.

Sustainable development was defined as “development that meets the needs of the present generation without compromising the ability of future generations to meet their own needs” in the World Commission on Environment and Development in 1987.

China is not only the largest producer and consumer of coal, but also holds the world’s third-largest coal reserves. Most of the coal-fired power plants are located in the north and north west of the country where air pollution controls are lacking.

China alone is responsible for about 30 percent of the total global emissions of sulphur dioxide (SO2) into the atmosphere, while over 90 percent of these emissions are caused by coal consumption.

When combined with nitrogen oxides, SO2 emissions from coal-use cause acid rain. Acid rain respects no international borders and can consequently prove to be detrimental for human health and farmland in neighboring countries.

Until the late 1980s, there was no bureau tasked with overcoming environmental challenges. But in the past two decades, China has realised the importance of tackling air pollution in the country and has since implemented a series of control policies to abate SO2 emissions and lessen the effects of acid rain.

The government introduced a limit on national SO2 emissions in their 9th Five-Year Plan (FYP) from 1996 to 2000 and implemented the Two Control Zone (TCZ) policy entitled “Acid Rain and Sulphur Dioxide Emission Control Zones Policy” in 1998.

The FYP is a series of social and economic development initiatives set on a basis of five years. The reduction of SO2 emissions has been a pivotal mission of these plans since the 10th FYP.

Some early attempts during the 10th FYP failed to improve the situation, but the year 2006 was a turning point largely due to the widespread application of flue gas desulfurisation (FGD) technologies in power plants.

The State Environmental Protection Administration in China aimed to reduce the national SO2 emission level by 10% by the end of the 10th FYP. Although lower-sulfur coals were introduced, the massive demand in fossil fuels, the late introduction of desulfurisation technology, and the inefficient use of desulfurisation devices still resulted in SO2 emissions in 2005 being 27% higher than in 2000.

Although the 10th FYP failed to lower SO2 emissions, the 11th and 12th FYP were more successful. Both continued to pursue a reduction in SO2 emissions and achieved a 10% reduction ahead of schedule due to strict enforcement of regulations, specific target allocation, implementation of efficient FGD devices and explicit emission control targets.

After an economic recession and the advent of the Clean Development Mechanism in 2012, China’s projects intensified and use of the carbon trading market showed the country’s commitment to ameliorating the air pollution issue.

In 2014, China committed to  increasing the share of non-fossil fuels up to 20% by 2030 at the Asia Pacific Economic Cooperation meeting in Beijing. In the same year, global oil prices collapsed, making China change from being a net exporter to a net importer of oil. At the 2015 Paris Agreement, it agreed to build a coal trading system to encourage energy efficiency and put a cap on emissions.

The 13th FYP in 2016 called for environmental negotiations and sustainable development by reducing carbon and energy intensity. By reducing coal-fired steam boilers and halting projects that bring serious environmental degradation, China has been trying to improve the air quality with some success.

There are a few possible trends we can anticipate in the future.

Environmental policies like substituting coal consumption with non-fossil fuel energy are coming into force and reducing coal consumption, but it will be a long time before we see a full substitution. Until 2025, coal will still supply up to 50% of the country’s electricity and other resources.

Technology will be a key factor in determining China’s energy mix and efficiency in using oil and gas. The strategy to diversify energy resources will be continued especially in the renewable sector. As it is receiving energy resources from other countries by giving loans, having a good relationship with oil producers and investing into the foreign energy market will be important for China to reduce mining and domestic production of energy.

Increasing demand for resources to support its modernisation has led some to compare China with other rising powers in the past century like Japan and Germany. The industrialisation and modernisation processes of these nations were followed by aggressive expansionary behaviour.

“Economic freedom creates habits of liberty. And habits of liberty create expectations of democracy. Trade freely with China, and time is on our side”, George W. Bush once said. But under President Trump, free trade with China is no longer top priority, as the USA threatened in May to impose a 25 % tariff on many Chinese goods.

The most populous country in the world has achieved remarkable economic growth at the expense of the environment. By using coal to produce electricity, China’s environmental problems are garnering more attention. Now, it faces a dilemma in fuelling its economic development while having the duty to reduce SO2 emissions.

Fortunately, China has started to confront environmental problems through taking various steps in the right direction. It has created two control zones and an emissions trading system to reduce SO2 emissions. As SO2 is a contributing factor to the Greenhouse Effect and thereby affects the global environment, an increasing investment in renewable and nuclear energy to diversify China’s energy sources must be encouraged in order to reach its long term sustainable development goals.