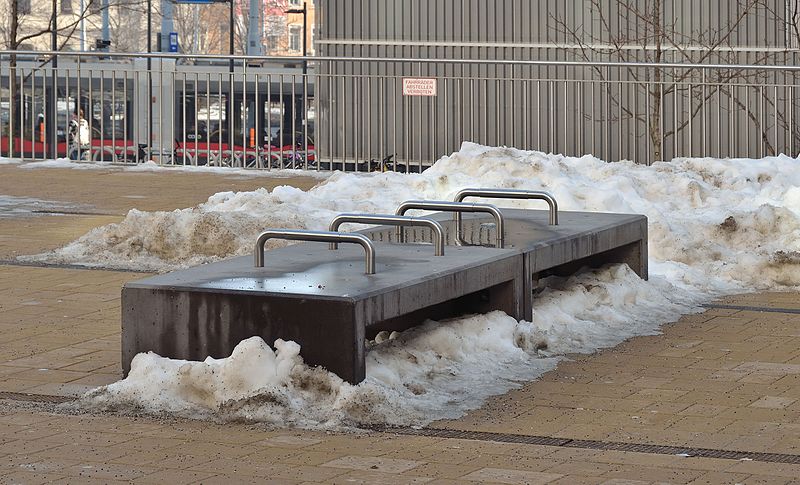 The subjective feeling of security has recently been at the center of political debates throughout Europe, with an observed increase in terrorist activities and security threats fuelling the fire. In an attempt to soothe anxiety, city officials have come up with suggestions that strive to make public spaces more secure, but questions as to their effectivity remain.

Events like the New Year’s incidents in Cologne and the terrorist attacks in Paris have raised the perception of increased security threats throughout Europe. Researchers have shown, however, that crime statistics often do not coincide with the sense of insecurity many citizens experience. Nevertheless, city officials have come up with suggestions that make public spaces more secure in order to strengthen the public’s perception of security.

In Vienna, Austria, city officials have produced intuitive suggestions that provide a clear orientation in public spaces. Increasingly, city lights are being strategically placed to illuminate dark alleys, so that individuals walking home at night by themselves can recognise a person from at least ten metres away. Furthermore, officials have stated that public spaces should be lively and open in order to prevent potential criminal activity. Finally, planned areas should be clean, tidy and free from pollution. This goes hand-in-hand with the Broken-Windows-Theory, which suggests that run-down and dirty districts invite further crime, while clean districts deter it.

While many of these suggestions might seem like common sense, not all solutions aimed at improving security are positive. A recent trend known as hostile architecture, or alternately as defensive design, has gained traction in many cities across Europe.

Hostile architecture has been defined as “the design of buildings or public spaces in a way which discourages people from touching, climbing or sitting on them, with the intention of avoiding damage or use for a different purpose.”

It is intentionally subtle; targeted groups are affected by structural changes that influence the way they use public spaces. Sometimes these changes even occur overnight.

“The message is clear: you are not a member of the public, at least not the public that is welcome here”, Ocean Howell, an Associate Professor of History and Architectural History at the University of Oregon, stated during an interview with The Guardian.

These changes range from little bumps on a wall in a park, designed to discourage skateboarders, to benches with wavy seat surfaces to prevent the homeless community from sleeping on them. Other design decisions are less subtle, such as spikes placed outside of luxury apartment blocks in the city center of London. The spikes keep the surroundings clear of people without shelter and have been deemed dehumanising by critics, who have compared them to spikes on rooftops intended to keep birds away.

However, it’s not simply spikes that create difficulties for the homeless, contemporary park benches with bars along the center are another means to create discomfort and shorten the time people spend on them. The negative consequences of these dividers may extend to others too, as they may be uncomfortable for the elderly and render benches unusable for handicapped people.

And efforts to prevent teenage-loitering have gone even further; devices that emit high-pitched sounds which only young people can hear and neon pink lights that expose skin impurities have been installed in some cities.

The philosophy behind hostile architecture was first clearly defined by Oscar Newman in 1973 with his theory of Defensible Space. The theory emphasises that manmade environments, such as cities, can be planned and reshaped in a way that prevents crime and the perception of crime. The philosophy is called “Crime Prevention through Environmental Design”, and features strategies, such as creating more lively spaces, that are similar to measures that appear in the Vienna’s urban planning program.

Lively public spaces are a constructive goal. However, if we want to live in diverse and inclusive cities, city officials should not marginalise any group of people or create conflict in public places. Using structural solutions to prevent homelessness and substance abuse only treats the symptom superficially rather than addressing the problem at hand, which would be better serviced by implementing effective countermeasures.

The fundamental principle of urban planning is to maximise public spaces in terms of accessibility, usability, and inclusivity. City governments should not strive to create mediocre spaces, where the prevention of non-intended use and the exclusion of certain groups was the dominant factor in the planning process. Those affected by defensive architecture are mostly marginalised groups such as homeless people, the poor, youth, and those who suffer from a lack of social representation.

Some of defensive design tactics have clearly risen out of the need to redesign public spaces. This necessity has given rise to organisations such as “Design against Crime”, which aims to demonstrate that ‘secure design doesn’t have to look criminal’.

However some aspects of this approach at making public spaces safer tend to discriminate against already marginalised groups and disperse the problems to other neighbourhoods, instead of tackling the root causes.

In the end, defensive architecture is city cosmetics, reducing the visibility on certain issues while the effectivity of such measures remains unclear.