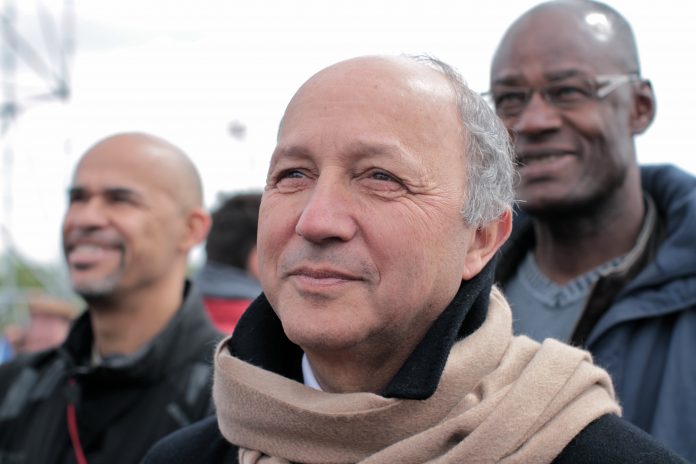 Few carry more authority to speak on the direction the international community takes our planet than Laurent Fabius. The President of the COP21 Paris negotiations and former foreign minister visited the Diplomatic Academy in October to elaborate on the success of the Paris Agreement, how Trump’s presidency impedes it and the subsequent steps towards keeping global warming within safe limits.

Fabius left no doubt about the human-made nature of climate change. It is necessary to curb emissions and control biodiversity loss. The former minister quoted Tristes Tropique: “The world started without man, and it may also continue without us.”

He emphasized that environmental protection matters not only for the intrinsic sake of species and ecosystems, but for the very well-being of humans on the planet.

Undoubtedly, the 2015 Paris Agreement currently presents the most ambitious effort in this regard. Its architect, Fabius, explained what led to its success:

First, the scientific certainty and sense of urgency provided a constructive context. It has become clear to policymakers that without a change of course, extreme weather, drought, migration and food shortages evolve into pressing problems.

Second, societal movements covering the Pope, companies and state funds alike supported the negotiations. Lastly, the political setting was favourable with a proactive Obama administration and a committed Chinese government. On Dec. 12, 2015 consensus was reached.

In Chinese the character for Crisis and Opportunity is the same

Now, two years later the global political arena has changed and China has emerged as a new ‘green’ player in environmental negotiations, especially since the inauguration of Trump is threatening the success of the Paris Agreement. Trump and his Twitter account have repeatedly announced his thoughts on climate change such as this tweet from Nov. 2012: “The concept of global warming was created by the Chinese to make U.S. manufacturing non-competitive.” Accordingly, the administration has refocused on fossil fuel exploitation and decided to become the only state to remain outside of the agreement.

Indeed, Fabius showed concern about others using the US’s position as an opportunity to also exit the agreement. However, he also asserted that renegotiation of the agreement, as demanded by Trump, is not an option. This has led to the paradox of almost universal agreement to curb greenhouse gas emissions while accumulating an ever larger carbon budget.

And it has led to new partnerships between Europe and China. With this absence of stewardship for environmental diplomacy, France and the EU are spearheading the advancement of the environmental and climate agenda. In their efforts to rethink the economy and proliferate less climate-harming technologies, the Europeans have found a reliable partner in China. The country’s government focuses on scaling up renewable energies and combating pollution.

Fabius appreciates the Chinese approach of viewing environmental challenges as opportunities for business and development. He is also impressed by the pace and political will to curb emissions in East Asia. For example, in some Chinese cities more than fifty percent of people use electricity-powered bikes, scooters and vehicles, effectively combating pollution and CO2 emissions.

A New Global Pact for the Environment

According to Fabius, the environment has moved from the margins to a central rights and security concern. Therefore, it is crucial to have legal certainty and defined international rules.

Presently, there exist more than 500 multilateral environmental agreements with varying mandates. However, an overarching legal framework is lacking. France aimed to fill this gap in June 2017 by proposing the New Global Pact for the Environment.

Essentially, the pact enshrines the principles agreed upon at the 1992 Earth Summit in Rio (the Rio Principles) and encompasses established environment-society-economy linkages. Fabius stated that “many of the 26 articles with rights and duties around the environment appear evident, but in practice they are not.”

The Pact on the one hand reiterates environmental legal standards such as the Polluter-Pays Principle and the right of access to environmental information. On the other hand, the French initiative provides, among others, for the human right to an ecologically sound environment, the assurance of intergenerational equity, the duty to prevent environmental degradation, and environmental education and training. Moreover, the document touches upon issues of resilience against disruption and protection of ecosystems from armed conflicts.

The document has been well received so far by several important actors, including the United Nations General Assembly, the EU, India, and China. French president Macron aims to conclude the multilateral negotiations and finalize drafting by 2020. 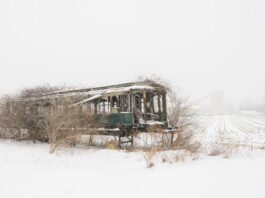 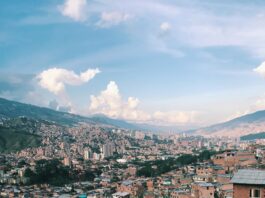 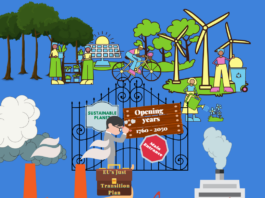