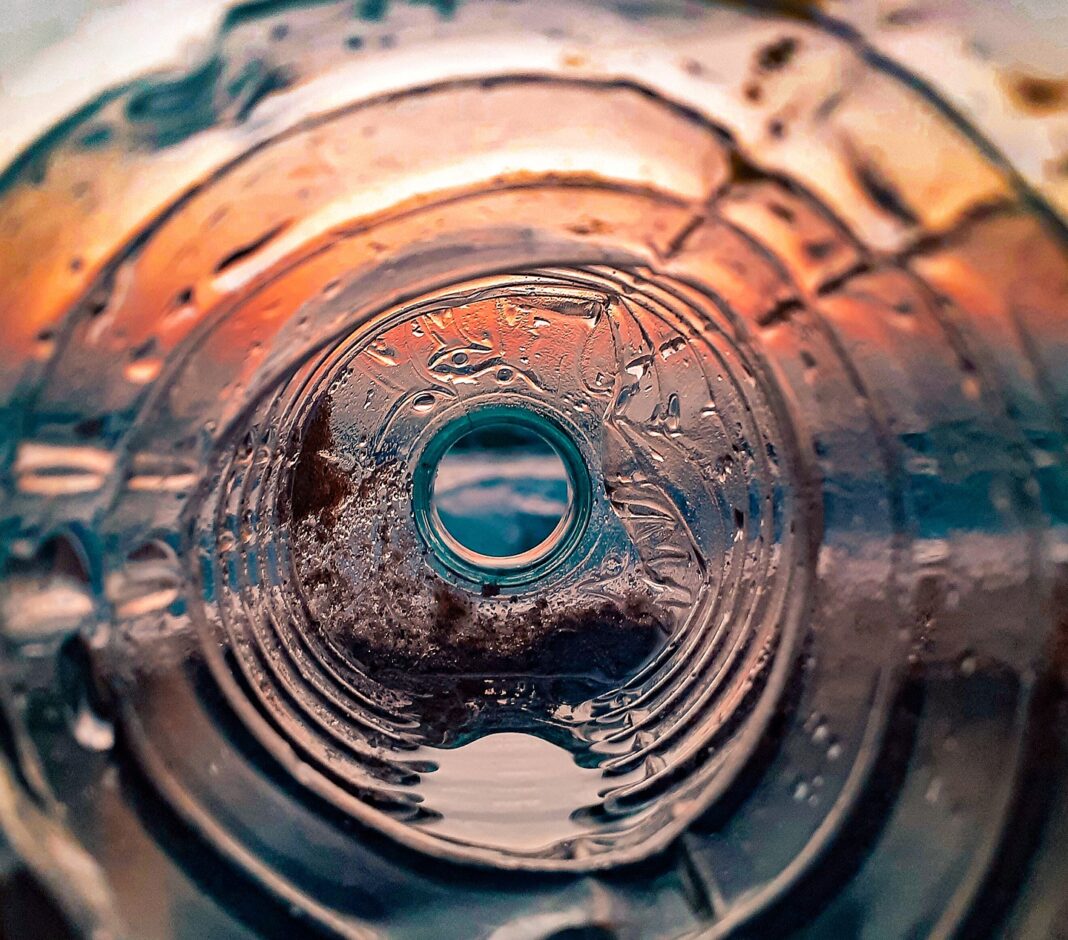 Plastic enjoys a critical role in the global economy, rivalled by few other hard materials. Not least since the publication of the Austrian movie ‘Planet Plastics,’, released in 2009, has the general public become increasingly conscious of the consequences of this controversial material. This issue is especially pertinent, as the effects of its tiniest constituent parts, microplastics, on the environment and the human body, concern both science and society.

However, changes have been implemented slowly. Ten years after the film’s release, the EU decided to ban single-use plastics entirely by 2021. Today, plastic-free shops or aisles are gaining in popularity in at least some countries. For many people, feeding our ocean life with 8 million plastic pieces daily and, in turn, consuming a credit card’s worth of plastic a week and even inhaling microplastics ourselves, can only mean one thing: there is no future for plastic.

Yet, the persistence of plastic use has been documented throughout the ongoing Covid-19 crisis: operative masks, made from polypropylene, and gloves, made from polyethylene, for example, are made out of the same composites as synthetic films and are commonly not biodegradable.

To understand what the future holds for plastic, one must consider its lifecycle. First of all, plastic drives the demand for crude oil since, alongside natural gas, it assists in building the so-called hydrocarbon monomers, among them the previously mentioned propylene and ethylene. The ‘poly’ derives from the subsequent process of combining these monomers into chains. As final products, having gone through further processing, they are either durable, meaning they can be used for a minimum of three years, or non-durable. Consumer products belonging to the latter include toys, trash bags, and packaging. After being collected as waste, they might be recycled mechanically, or, less commonly, chemically. But here comes the catch: Current recycling methods take time, are challenging to implement on a large scale, and fail at recycling plastics in its entirety. This fact poses a problem in a world that generates 359 million tons of it annually.

This year, two independent research teams in France and the United States have discovered enzymes that speed up the degradation of plastics, more precisely PET, reducing the breakdown process of the material to some hours. By rebuilding the original structure, the newly discovered enzymes, therefore, allow infinite recycling. This innovation might even spare our beloved soft drinks bottles from being completely withdrawn from the market. As encouraging as this chemical process sounds, it is still very much at the piloting stage and is far from being implemented at a large scale. Even if it were, optimizing the recycling process globally is not going to solve the upstream problem—deficient waste collection. About 40 per cent of all used plastic is either sitting in landfills or scattered throughout our environment. Only 14 per cent of it is collected before being primarily transformed into lower quality material. For instance, India, where a single-use plastic ban seemed likely to be implemented last year but was considered too disruptive for the industry, requires its cities to operate solid waste collection systems segregating waste according to their source only by 2022.

Even in the European Union, where widespread bans on single-use plastic produce awareness of the plastic problem, less than 10 per cent of discarded plastic actually makes it to recycling plants. For this reason, in July, the European Council announced it would levy a tax on member states amounting to 80 cents per non-recycled kilogram, starting from January 2021. While this will spur governments to manage their waste more strictly, it will not necessarily lead to a more circular economy since producers may lower their tax burden by switching to plastic-paper compounds that are in fact much harder to recycle.

Be this as it may, prioritizing recycling will be fundamental for a greener future: polymers could, for example, be reused as a building material. The properties of plastics happen to be quite well suited for construction. This detail might not come as a surprise. What can stay in our oceans for hundreds of years might as well hold our buildings together. A decline in the use of natural resources in the building industry would be an interesting side-effect, considering we are already using 1.75 times our planet’s resources based on last year’s overshoot date. Innovative ideas like these will be essential in dealing with the immense plastic residuals once governments commit to a circular economy.

Biodegradable polymers are an alternative to conventional plastic that will help circularity gain momentum much quicker. Instead of using fossil oil, they are either produced synthetically, like the most common polylactide (PLA), or made out of bio-based resources such as starch, sugar, or plant-based oil. Crucially, they degrade within 12 months thanks to the work of microorganisms that transform biodegradables into molecules such as water or carbon dioxide. Non-biodegradable plastic, in contrast, sits in the environment for up to 450 years.

However, biodegradables account for less than 1 per cent of total plastic production. And according to a new UK standard classifying plastic as biodegradable, provided that 90 per cent of it biodegrades within two years, petroleum-based plastic can be made biodegradable through additives that allow for such a process. While this would indeed solve the problem of microplastics, these materials nonetheless still pose considerable environmental harm.

So, what does the future hold? In the short term, the future is unfortunately not so bright. The decreasing oil price may lead to some producers switching out recyclates for cheap new plastic. Sadly, the optimization of recycling methods and waste collection systems will gain their share in the environmental politics’ prioritization only in the medium term. Despite this fact, biodegradable polymers might by then have tripled their market value, and growing awareness, as well as stricter regulations, will have turned them into important substitutes for conventional plastic.

If we still want to be able to afford our plastic lifestyle and benefit from this material’s positive attributes, the motto must be: reduce fossil fuel-based and easily replaceable plastic, reuse the millions of tons already being produced, and recycle waste that has been waiting to be collected for too long. Otherwise, the world as we know it will continue to change dramatically.