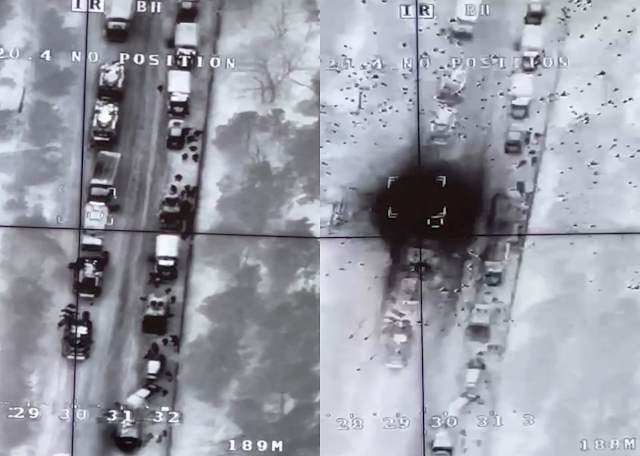 Despite being affected by a chronic economic crisis, Ankara has tremendously increased its investments to support a burgeoning domestic arms industry. This development has been a logical consequence of President Erdoğan’s ambitions to reposition Turkey on the global map as a key player between Asia, Africa, and Europe – ambitions that have led to Turkey’s involvement in several conflicts, from northern Iraq to Syria and Libya. Building a domestic arms industry thus seems a top priority for Erdoğan and his Justice and Development Party (AKP). By producing its own weaponry, Ankara aims to become less dependent on arms imports from Russia and the United States (US) and consequently to increase its ability to conduct autonomous regional foreign policy.

This need for ‘military independence’ had first been expressed following the Turkish invasion of Cyprus in 1974. Following the declaration of the Turkish Republic of Northern Cyprus, the US imposed a weapons embargo on Turkey. Looking for alternatives to US arms shipments, Erdoğan purchased the Russian S-400 air defense system in 2017, a move that enraged Western decision-makers who could not believe that a member of the North Atlantic Treaty Organization (NATO) would conduct arms deals with the alliance’s main rival. As a result, the US decided not to sell their F-35 fighter jets to Turkey, afraid that Russian intelligence would get hold of their latest technology.

Business is a family affair. Accordingly, the latest extension of the Erdoğan clan is the marriage between the President’s daughter and Selçuk Bayraktar, the head of the drone development programme. Coincidental love? Rather an arranged demonstration of loyalty. Since the failed coup attempt in 2016, Erdoğan has been in a state of utter paranoia. At the time, part of the military seized control of several bridges in Istanbul, while important government offices were besieged, and fighter jets bombed the presidential palace. For the President, it is therefore of utmost importance to secure the loyalty of the rising arms manufacturers to his regime. This might also explain why Erdoğan risked the procurement of American F-35s by buying missile systems from the Russians. He’s simply afraid of a military coup and has concluded that Russian missiles are best to shoot down US-manufactured jets if his national forces turn on him again.

Today, the pride of the Turkish arms programme is the Bayraktar TB2, an unmanned aerial vehicle – or in other words, a drone. Turkish forces had first used them during their ongoing repression of the Kurdish insurgency in Southeast Anatolia and northern Iraq, before deploying them to Syria and Libya. Despite a few initial issues, they proved their capacities and received international attention. Still, they constituted the decisive factor for the rapid territorial gains of the Azeri military in the 2020 Nagorno-Karabakh war. Turkish nationalists circulated videos online depicting Armenian positions getting annihilated at a frightening rate. The under-equipped Armenian troops were cannon fodder for these killer drones, which can operate at over 5000 meters of altitude. Since then, several countries have expressed their interest in acquiring them. They have not only proven their efficiency on the field but are also comparably cheap. Currently, one can buy between twelve and twenty Turkish drones at the same price of a single US-manufactured drone. No wonder, then, that so many defense ministries across the globe scrambled to include them in their armies’ equipment. Poland was the first NATO country to buy a series, followed by Qatar, Morocco, and Ukraine. Many more are likely to follow. As Turkey’s influence grew on the African continent, so too has African ruler’s interest in buying the Bayraktar drone. In 2021, Erdoğan himself embarked on a tour throughout Africa to successfully promote his homegrown armaments. Niger and Nigeria, both facing a growing Islamist insurgency, were quick to express their interest. Ethiopia was soon to follow. Entangled in a bloody civil war for over two years, Addis Ababa has attempted to put an end to the conflict through increased weaponry purchases rather than diplomacy. Reports of civilians being massacred by Turkish drones are of little interest to Ankara. On the contrary, Erdoğan has found the remedy to refill his empty coffers while simultaneously expanding Ankara’s sphere of influence.

Indeed, Turkey is using arms sales not solely to make money but also to forge alliances and establish a network of patronage, especially across the African continent. It is no coincidence that Ankara supports the current Ethiopian government – despite its large- scale human rights infractions – as Turkish investments rank second in the East African country. Ankara also has high ambitions for the rising markets in West Africa and is thus eager to support local governments with arms procurements. Africa aside, this diplomatic offensive has involved other regions, too. Ukraine, for example, has become a relevant military partner for Turkey. By supporting Kyiv through the selling of military equipment, Turkey has declared its opposition to any Russian territorial expansion. As Turkey has already opposed Russian forces in Syria and in Libya, Ukraine is the third conflict zone where Ankara has taken a stance against Russia’s ambitions for regional hegemony. So far, the Bayraktars have proven an essential asset of the Ukrainian military. They have become a major threat to Russian ground forces and their supply lines – one of the major reasons why the Russian invasion did not advance at the pace Putin intended.

In any case, these multimillion-dollar deals may also come with some strings attached, such as clauses implying prioritised access to resources or political favouritism. The case of Poland is of particular interest, as Warsaw was the first EU member to acquire the Bayraktar drone and could now become Ankara’s number one lobbyist within the Union. Concerning territorial demands in the Eastern Mediterranean, for example, Warsaw may block any joint EU military action against Turkish gas drilling in Greek or Cypriot territorial waters.

Selling drones is unlike selling any other product. Drones are made to kill. Exporting drones to crisis- ridden countries is therefore basically giving the acquirer the permission to kill… fast and ruthlessly from distance. This should be of concern to fellow NATO members. For now, it remains unclear whether the West will take a united position towards the killer drones or simply disregard them. What is clear, is that the efficiency and affordability of the Bayraktars will change ground combat forever. Tanks are becoming obsolete. Those that did not learn their lessons in Karabakh are going to find out in Ukraine.