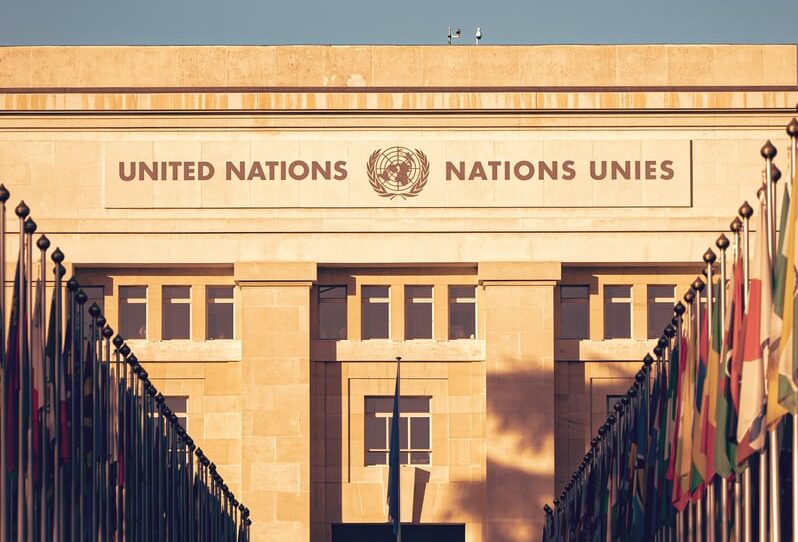 In a broad sense, reform can be loosely described as ‘having to do with quality improvement and reshaping the subject matter at hand for the better’ and is thus primarily engaged with remedy deficiencies and eliminating constraints to surpass performance or effectiveness levels. With that in mind, the United Nations Security Council, being the organization’s highest decision-making body, does not reflect the realities of the 21st century, as far as its membership and structure are concerned.

When the United Nations was established in 1945 after a destructive Second World War, the organization was comprised of 51 founding member states. Today, the UN boasts 193 member states from almost all corners of the world, which is nearly four times as many as it had upon its foundation. The Security Council, presiding over matters of international peace and security while being vested with “use of force” authorization, consists of five permanent members – the United Kingdom, the United States of America, France, Russia, and China – accompanied by ten non-permanent rotational seats. Unfortunately, for the rest of the world, Council membership has merely undergone a “cosmetic” enlargement in 1963. To bolster its effectiveness and legitimacy, the Council desperately needs a comprehensive reform that has hung high on the global governance agenda since the early 1990s.

The UN General Assembly requires an affirmative vote by 128 General Assembly Member States – a two-thirds majority – to adopt a reform plan. Subsequently, domestic legislative ratification of the respective two-thirds of the Member States is required. Furthermore, the catch is that all five permanent members must undergo the very same process of approval; namely, a three-step procedure involving parliamentary and Head of State approval concluded by a protocol deposition. Consequently, it is inconceivable to push for a reform that has not been consented to by the great powers of World War II.

As early as 1993, the UN General Assembly adopted the milestone Resolution 48/26, establishing the “Open- Ended Working Group on the Question of Equitable Representation on and Increase in the Membership of the Security Council and Other Matters related to the Security Council.” Some have derisively labeled it the “Never Ending Committee,” largely due to its apparent ineffectiveness. The debate has become largely formalized and these ministerial meetings have become a venue for annually accomplishing very little. From 2009 onwards, they have been framed as Intergovernmental Negotiations (IGN) being held at the margins of the annual UN General Assembly.

The loudest advocate for wide-ranging reform was undoubtedly the former UN Secretary-General Kofi Annan, who in 2003 famously echoed the urgency: “We have come to a critical fork in the road, a moment no less decisive than 1945, when the UN was founded. So, the consensus is that great efforts must be made to carry out reforms so as to revitalize the United Nations, and to equip it to help advance the 21st-century agenda”. He is the man who set up a “High-Level Panel on Global Security Threats, Challenges and Change” to inspect potential threats to peace and security, and to ensure effective collective action.

Since his appeal, numerous reform proposals have been suggested by grouping clusters like the G4, which comprises Japan, Germany, Brazil, and India, who could be loosely described as sharing a common position and jointly extending reform propositions. These include the extension of both permanent and non-permanent membership or even abolishing veto altogether. The argument brought forward is that these countries should possess a permanent seat due to their power status, population, and advantageous economic situation. Furthermore, according to a report by the High-level Panel on Threats, Challenges, and Change, new members of the UN Security Council should have contributed “the most to the United Nations financially, militarily, and diplomatically,” notably via funding to UN-managed budgets and engagement in mandated peace operations.

A second grouping involves the African Union members, the “Ezulwini Consensus”, who collectively and, one must admit, justifiably call for at least one seat in the Council. The most glaring reason for the inclusion of an African member is the fact that the vast majority of Security Council activities and UN peacekeeping missions are centered on African soil. Moreover, Africa as a continent constitutes the highest number of UN members – 54 – while not permitted a single permanent seat in the Council. The third grouping worth mentioning is the largest one as far as membership is concerned. Led by Italy and Colombia, the “United for Consensus” group suggests the enlargement to 25 members, requesting a regional distribution, implying no veto-holding power as far as Chapter VII matters are concerned. These matters refer to “Actions with Respect to Threats to the Peace, Breaches of the Peace, and Acts of Aggression”. Simply put, each region would decide freely which country should represent the given grouping and for how long.

As is custom, politics, history, and geopolitics negatively influence the aforementioned reforms. Squabbles among the countries are significantly barring the process from moving forward since, for almost every country striving to get a permanent membership seat, there is an annoyed neighbor that says: “Why not me?“ In Asia, for example, India is expected to be a no-go for Pakistan, and China would not feel comfortable with Japan being a veto-holding permanent member. There is also the question of Italy, which is actively voicing its anger over the German admission, despite the German invitation of a joint EU seat. A resourceful idea notwithstanding, since the EU bears its own foreign and security policy. However, the UN Charter only allows for sovereign states to hold membership and the EU is just too divided over its own internal dilemmas to be able to share a common view on matters of international peace and security.

As complicated as it seems, the reform negotiations should carry on with a principle of Non-Regression – meaning that each year, negotiating parties should be closer to the desired outcome, be it in the form of membership enlargement, restructuring, or veto abolition. This is easier said than done, given rather unfavorable political and geopolitical circumstances.

Having too few permanent members who have a record of exploiting their own political agendas while turning a blind eye on human rights issues is naturally a cause for legitimate concern. On the other hand, the more permanent members onboard, the less coherent the decision-making process could become. Moreover, no one can concurrently assure that either of the African aspirants to the permanent veto-holding seat would dutifully advance strategic interests in the name of the entire continent.

The puzzle remains: finding the right balance between adding permanent, semi-permanent, or non-permanent seats. Perhaps, Models A and B, endorsed by Kofi Annan in his ambitious 2005 Secretary-General report “In Larger Freedom,” have a potential to mirror the realities of world politics more accurately. In both instances, no new veto-holding member would be added. Instead, the Council would provide a seat to a certain number of new quasi permanent members from each continent, omitting the right to veto altogether. At the very least, wider membership could guarantee the system of checks and balances by means of a more diligent inspection upon actions taken while fixing the problem of underrepresentation underlying the whole reform issue. After all, both restoration of multilateralism and maintenance of the world peace and security are at stake.

Somalia and Kenya Relations: The Road Ahead Post the International Court...