Home Alumni Spotlight Students of the Diplomatische Akademie, Then and Now: Tamojit Chatterjee 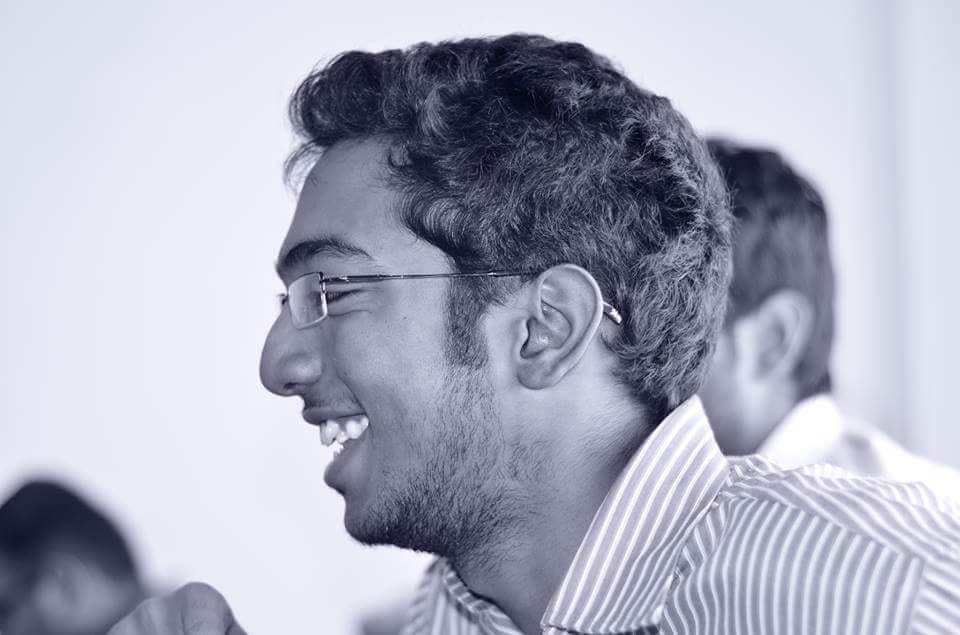 “Is this going to be a free-flowing conversation, or will the interview be more structured?” asked Tamojit. “Definitely, free-flowing” Dorothy assured him. And remarkably, or perhaps predictably, our flow emerged effortlessly. Despite the multiple nationalities—Indian, American, and Filipino—differing ages, and diverse academic backgrounds, we found common ground quickly. First, we noted the obvious. Tamojit Chatterjee, like us, attended the Diplomatic Academy of Vienna. He was a part of the MAIS program and graduated in 2017. He was also locked down in Vienna and desperate for a taste of the outside world. And also like us, he’s not a citizen of the European Union.

So, we asked Tamojit the most predictable question you can ask a non-Austrian living in Austria—how did you end up here? He shared that only five months after completing his five-year law program in India, he packed up for Austria. After considering different offers for master’s programs in Europe, the diversity of the MAIS program sold him on the Diplomatic Academy. He was less focused on the location and more concerned with broadening his knowledge base beyond his law degree.

After working with a few corporate law firms, Tamojit realized that the financial compensation attached to this field couldn’t compensate for its intense work schedule. Most importantly, it didn’t satisfy his intellectual hunger. Instead, environmental and social issues captivated his attention. But with this realization also came another. He recognized that possessing training only in law limited his ability to engage with these topics and shape their solutions. So, he intended to enhance his understanding of political science and economics; and a master’s in international relations presented him with the opportunity to do so.  Vienna seemed like a good choice. After all, it is one of the seats of the UN and more than 40 international organizations. “A few alumni from my former university had also studied at the DA. And I just took the leap.”

For her part, Dorothy based her decision to attend the DA on an Austrian friend of hers describing Vienna as “nice.” But like many of us, finances also significantly influenced her choice. After confirming her scholarship’s compatibility with the university, she also took a leap. As for myself, I came to Vienna for the first time as a study-abroad student in 2016 and came back to teach English two years later. I knew I wanted to stay in Vienna and pursue a master’s degree, and the DA was the perfect next step. I spoke to some alumni and decided, like Tamojit, to jump in headfirst. And when we all arrived, despite differing circumstances, the nightmare that is MA-35, the joy that is Tipsy Thursday, and the uphill battle that is the German language were all waiting for us in Vienna.

Without question, the DA’s charm comes from its community and the people. “Even after three or six months of going without talking, I can still meet friends from the DA and pick up the conversation where we left off.” Dorothy and I have had similar experiences. Though the public health restrictions heavily shaped our time at the DA, this university is still a center of gravity for like-minded individuals. Most students echo the sentiment that attending the DA has allowed us the unique opportunity of interacting with people who reflect our ambitions, intellectual curiosities, and sense of adventure. For some of us, this is the first time it has happened. And this sense of common ground exists beyond classmates. Tamojit is only one example of a friendly alumnus who has welcomed our questions, offered advice, and related to our hopes, fears, and frustrations.

Although the tight community certainly plays a large role in our decisions to attend the DA, one of its biggest draws is its function as an entry point to building a career and contacts in Europe. As an immigrant, starting your professional career in a foreign country can seem like trying to run a race without any clear starting line. “When I came here, I didn’t have a network at all. There was no one that I knew in Vienna. There was no one I actually even knew in the UN system.” Being in the DA helped as he joined a strong peer network (of course being a member of the Bar Committee, he never missed out on the real team building). At the same time, he found value in the DA career talks and the DA network, not necessarily in the hopes of securing an internship, but simply to learn from the experiences of people further ahead in their careers.

When reaching out to people he’d met at DA functions or through his classmates, Tamojit always followed up, regardless of whether they responded enthusiastically or not. Eventually, his persistence led to an internship with his current place of employment, Sustainable Energy for All. “I got a lead from a classmate of mine who had applied to SEforALL. And it didn’t really work out for him, but he knew that they were looking for someone with a similar profile as mine. So, I sent an email, and then every third week I would just follow up on that email, and figuratively speaking, be like, ‘hello, I’m still here! when can we meet for a coffee?” He cautioned us against sending resumes to contacts in an initial email and stressed the importance of building the relationship for the relationship’s sake, rather than as a bridge to a job or internship. “Networking is about value creation. It’s not a one-way street. You also have to determine what you can bring to the table and prove that you’re willing to learn and listen.”

His perseverance and the coffee paid off. He was hired as an intern in the Human Resources department. From there, he quickly moved within the organization. After his brief stint with the Human Resources Department, he joined the Partnerships team, where his position entailed mobilizing stakeholder interest and cultivating and managing partnerships. And after two and a half years, his role within SEforALL evolved again. Now, Tamojit is an Energy Specialist working on policy advisory on clean cooking and energy finance-related topics.

But before he found professional success, he had to navigate his final year at the DA. Throughout his second year, he balanced his internship with his academic obligations and social life—also known as the almighty university triangle. While working full-time, he confirmed his intuition that building transferrable skills is equally, if not more valuable, than amassing knowledge. Specifically, he mentioned the importance of developing skills in project management, stakeholder and partnership management, research abilities, and knowing how to present your ideas succinctly. He also confirmed that some skills are difficult to develop in an academic setting. Researching becomes second nature as a student; strategic thinking, however, can only be cultivated over time and come with experience.

Still, when we asked Tamojit to identify the most relevant skill a young professional should cultivate, he didn’t even think twice. “I have that answer right off the bat. It’s learning to listen and respond appropriately,” he said. “You’re dealing with people and you need to be able to actively listen. That’s the basis of building relationships and understanding what and how to communicate. So that’s number one.” He also gave us a bonus tip. “Go find yourself a good boss rather than focus on just the organization, because it changes a lot of things in life for you. When you’re young, you just want to learn and know about everything, right? And a good boss facilitates that kind of exposure.”

By the end of our call, I felt reassured. Like me and many other DA students, Tamojit was an international student at the DA. He faced the same challenges that I have already faced and anticipate facing.  He navigated the immigration process, coordinated with the fine people of MA-35, found a visa-sponsoring job, developed a professional network, and established a career he feels passionate about. This is all my peers and I wish for ourselves.

But Tamojit emphasized the need to ask ourselves some hard questions before starting our professional journeys. “So, I think it’s very important to ask yourself, why do you want to do this? And what is it that you’re going to get out of it? And what is your backstop? So, even if you don’t get a job and you have to go back home is that going to affect your career goals?  These were big questions, and I had to have those answers sort of figured out in my head. People often don’t focus on these questions but it makes life a little bit easier.”

Moving to a new continent to pursue higher education can seem glamorous when we talk about it with our friends and family back home. But the truth is that the decision to come to Vienna from outside of Europe is not a simple one. It is a huge financial investment; and can be, at times, emotionally taxing, especially when you come without a network, like Tamojit, Dorothy, and me. As the third term draws to a close, first-years become second-years, and second-years become alumni. We have to reevaluate what we hope to achieve at the DA, in our careers, and in our lives. But like our ambitions, intellectual curiosities, and adventurous streaks, the eagerness to meet challenges also binds students of the Diplomatic Academy together—then and now.

EU IT and Cybersecurity in the Digital Age: A Progress with...